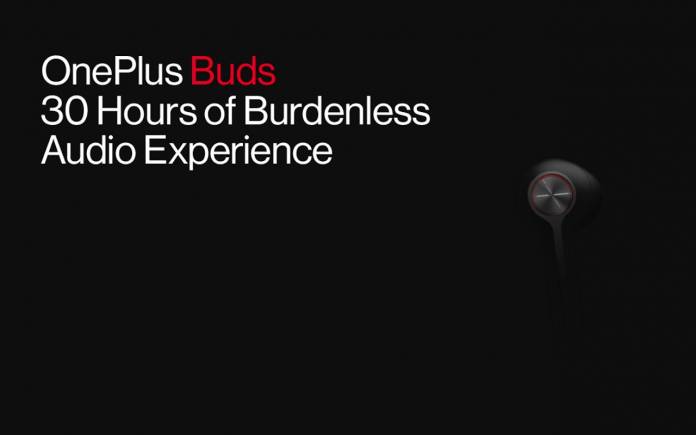 Apart from the OnePlus Nord, the Chinese mobile OEM is also introducing a new pair of earphones. It’s not another pair of Bullets but from a new wireless series. It’s something that’s been mentioned and teased several times. It’s also very much different from the OnePlus Bullets Wireless Z that was earlier announced. The truly wireless earbuds have been confirmed by OnePlus already and today we’re learning more about a new accessory: the OnePlus Buds. This product is the company’s first true wireless earbuds.

OnePlus has always been committed to quality and affordability and the OnePlus Buds is another proof. It offers up to 30 hours of burdenless audio experience as described. It’s comfortable to use, thanks to a more ergonomic half-in-ear design. No need to worry about losing them because the earbuds fit inside the ears perfectly on most people.

A single charge of the battery can last 30 hours. That is more than a whole day but with continuous use, it can last for over seven hours. The pair can also be charged with its charging case. The pair is light at only 4.6 grams while the case is 36 grams.

The burdenless audio experience is achieved as the pair has been refined and optimized. It works with other non-OnePlus smartphones. Of course, it works well and seamlessly with OnePlus phones, taking into consideration enhancements for gaming mode.

OnePlus really lives out the ‘Never Settle’ motto whether in developing phones or earphones. We’re expecting this one to arrive with the OnePlus Nord. Let’s wait and see.