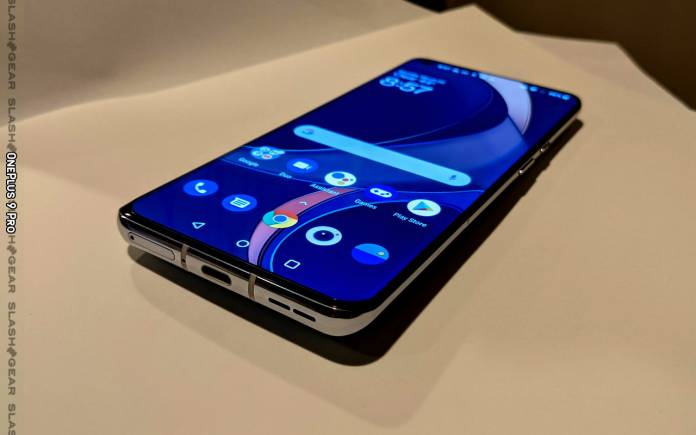 The OnePlus 9 series was introduced in two variants–the regular OnePlus 9 and the OnePlus 9 Pro. There was also the OnePlus 9R but that is exclusive to India. The phones were also announced with the OnePlus Watch, ready to make an impression with its with fast battery-charging tech. Pre-orders for the phones have actually sold out on first day and we thought it was off to a good start. We still think it is but OnePlus has to delay the OnePlus 9 Pro sales.

The OnePlus 9 Pro is supposed to be released this Friday in North America. Specifically, the 8GB RAM with 128GB model of the OnePlus 9 Pro won’t be ready yet. Well, it wasn’t really up for pre-order yet as we were only referring to the OnePlus 9.

OnePlus hasn’t announced when the OnePlus 9 Pro will be available let. Interestingly, it was seen surviving a durability test even with two batteries. It’s coming but with no date yet. No reason has been provided for the delay. It could be the chip shortage.

Not that OnePlus can’t produce the OnePlus 9 Pro. The Pro variants are available but only the most expensive model–the one with 12GB of RAM and 256GB storage. It’s currently being sold on T-Mobile, Best Buy, Amazon, and B&H–unlocked for about $1,069.

OnePlus will still sell the $969 base version of the smartphone. No official explanation about the OnePlus 9 Pro delay but the company said it will be ready. If you can’t wait, you can consider the other phones available like the OnePlus 9 8GB RAM, 128GB with a $729 price tag. OnePlus 9 12GB RAM, 256GB is $829 in Astral Black only. The most expensive model, OnePlus 9 Pro 12GB RAM/256GB, costs $1,069 in either Morning Mist or Pine Green.