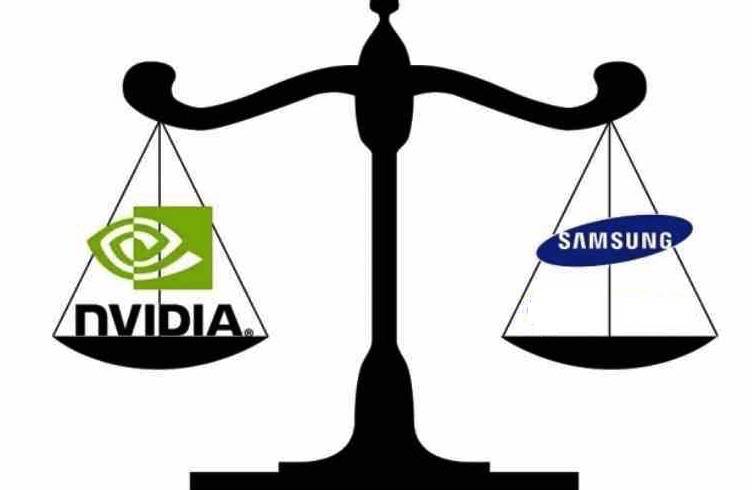 After Google and Microsoft finally agreeing to end regulatory complaints against each other, here’s NVIDIA and Samsung trying to end their years-long battle over intellectual properties and other issues. Most are pending litigation between the two but good thing they have decided to agree on one thing. The two did settle and agreed to dismiss all pending IP litigation in several US district courts, U.S. Patent Office (USPTO), and the U.S. International Trade Commission (US ITC).

This agreement is very welcome news for both companies and industry watchers as there seems to be never-ending fights between tech giants not only in the United States but all over the world. In case you didn’t know, Samsung and NVIDIA have been bickering the past few years. It started when NVIDIA filed patent infringement lawsuits against Samsung and Qualcomm a couple of years ago. Samsung filed a counter lawsuit to which NVIDIA quickly responded to.

There came a time when Samsung wanted to block NVIDIA chips off from the US but just late last year, the US ITC cleared Samsung and said the South Korean company did not infringe on NVIDIA’s patents. Those cases will now be put to an end after this settlement. It also includes licensing of some patents that the two would be sharing. However, it’s only plain licensing. It doesn’t include compensation or cross-licensing of patents.

Not a lot of details are being made public but this development between Samsung and NVIDIA is good news. You see, between two tech giants, it is possible to come to an agreement. We’re guessing other companies will follow this move. If that happens regularly, we won’t be surprised if we achieve ‘World Peace’ at least in gadget town.