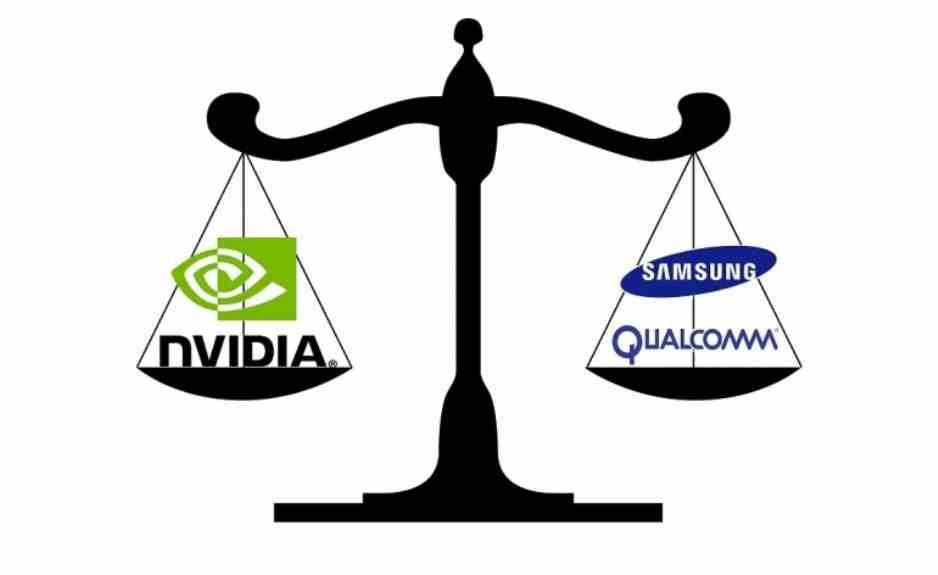 In September, NVIDIA put out its big guns and sued Samsung and Qualcomm with the US International Trade Commission and the US District Court in Delaware for the infringement of seven (7) patents owned by NVIDIA – most notably, the use of GPU technology which NVIDIA considers as their invention.

In the initial lawsuit NVIDIA says that Samsung and Qualcomm (among others, notably, ARM with its Mali graphics and Imagination with their PowerVR graphics) have infringed patents of what NVIDIA says is their “foundational invention, the GPU” – a technology which “puts onto a single chip all the functions necessary to process graphics and light up screens.”

After this lawsuit was filed, Samsung has come up with a counter lawsuit – suing NVIDIA and one of NVIDIA’s smaller customers, Velocity Micro, a tech outfit based in Virginia. One of the main claims of Samsung’s counter lawsuit is a claim that NVIDIA did “false advertising” with its SHIELD tablet, saying that its Tegra K1 processor found in the tablet is “the world’s fastest mobile processor”. Samsung claims that its Exynos 5433 processor is faster than said processor on a couple benchmarks. 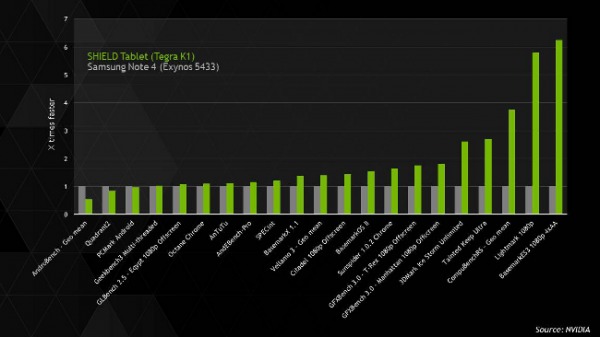 NVIDIA’s response is this – first, that Samsung’s countersuit is a predictable ploy to wrangle up the original issue of their GPU patent infringement, and that the inclusion of Velocity Micro was done because Samsung knew that if they file in Virginia, the time to trial would be faster. Also, NVIDIA has come out with a table showing how the Tegra K1 is faster than the Exynos 5433 in most free benchmarking software.

NVIDIA has said that it will not take back its claims on the Tegra processor, nor will they waver in their cause in seeing Samsung compensate them for the use of what is allegedly their product and patents.