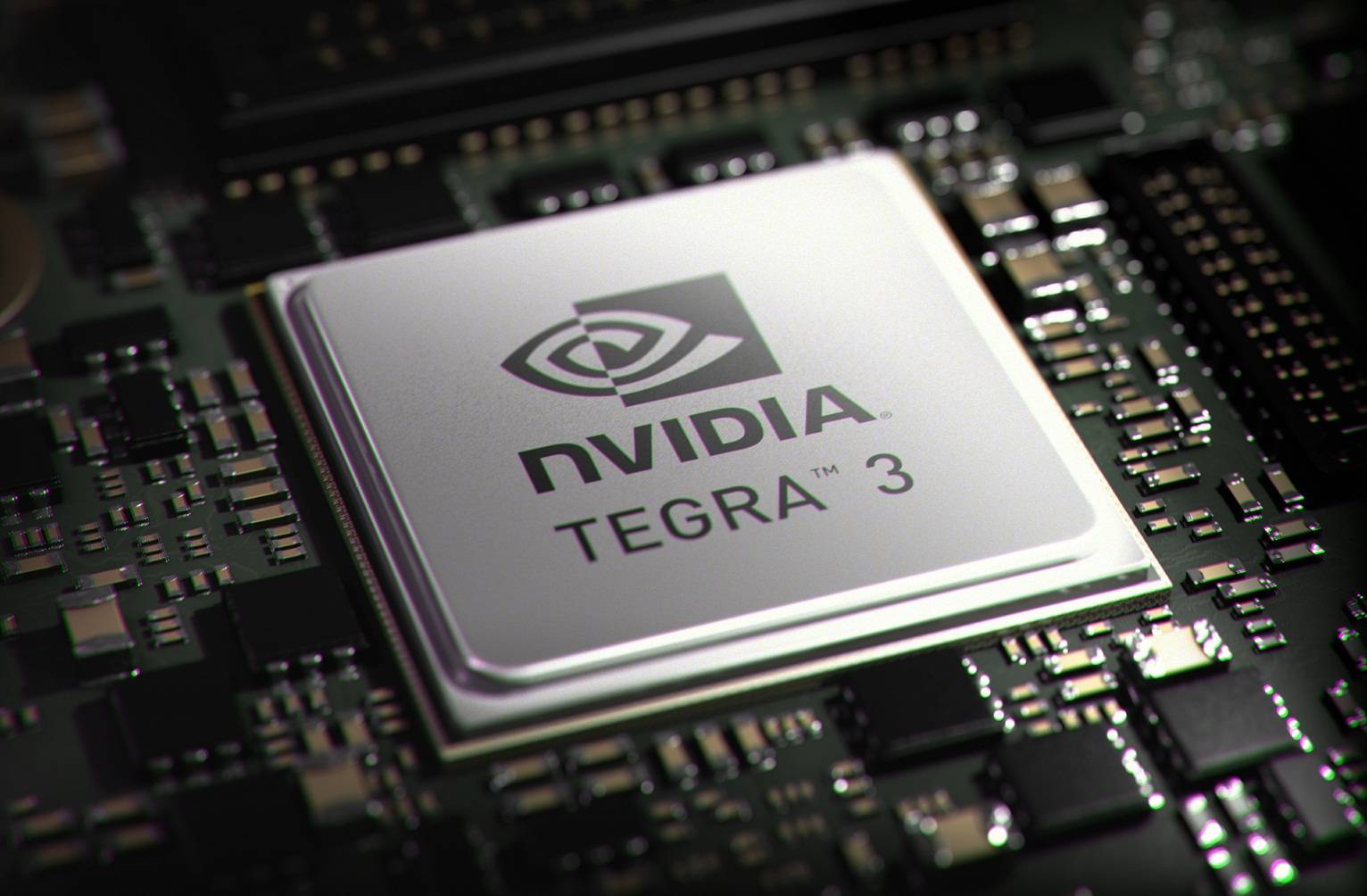 The time has finally come and today NVIDIA is taking the locks down and opening the doors to the world of quad-core mobile computing. We knew it was coming but today its finally official. Project Kal-El will indeed be called the NVIDIA Tegra 3 quad-core processor, and it will power our favorite smartphones and tablets very soon. This truly represents the next step in the evolution of mobile processors. From gaming to daily tasks, everything will benefit — even battery life. Below we have all the details and three awesome videos that will explain the power and efficiency that we will all come to love in NVIDIA’s Tegra 3.

Back in September NVIDIA outlined plenty of details regarding Kal-El and feel free to click that link for all the information. From the fact that Tegra 3 is actually sporting five cores we could call this Quin-core but that might confuse a few people. What will truly make the Tegra 3 special isn’t just that it will be the first quad-core mobile processor, but it has a 5th “companion core” that will handle all the tasks when the others aren’t needed. Making Tegra 3 extremely powerful while also being energy efficient and providing better battery life than Tegra 2 — Yes I said better (according to NVIDIA). 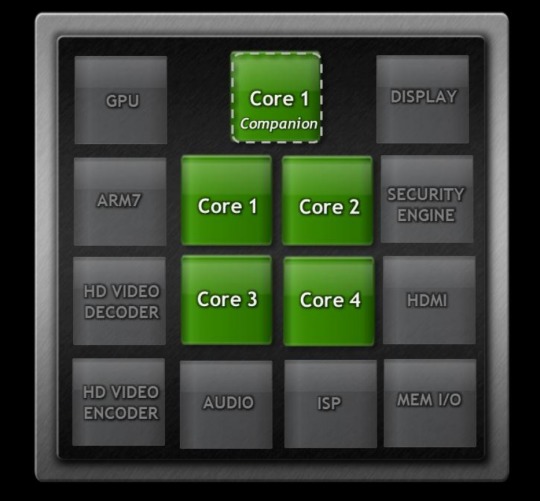 Now there are a lot of details we could cover from the vSMP technology in T3, to the companion core mentioned above, or the fact that it actually has twelve GPU cores (graphics) and more but instead I’ll start with a few of those video clips courtesy of NVIDIA we mentioned above. Any thoughts, or questions you may have will most likely be answered in the video demonstrations provided below.

First, we have the “Companion Core” video that shows off and explains just what vSMP actually is and does. This stands for Variable Symmetric Multiprocessing. Which is a multi-core CPU architecture for extremely low power usage, and high performance both. When you need dual-core power it turns on and chugs out power, when you need all four from the quad-core you get those too. Then users only need a low power single-core for daily tasks like viewing photos or browsing the web the companion core kicks in and does the dirty work, while conserving power and battery by shutting down the other four. This is actually extremely impressive and will work throughout any OS and application, it will not need to be supported and instead will just work. This is one of the single handed biggest parts of Tegra 3, although you wont hear too much about it. Check out the video:

We also have a graph in the gallery below that breaks down why and when each processing core gets activated and what processes require more or less power so don’t forget to look over the gallery of images below.

Next we have an awesome video that will truly show you the graphical power of the NVIDIA Tegra 3 mobile processor. We first saw a demo of the NVIDIA game called Glowball back in May, but today we have something even better — Glowball 2: Underwater

The power of the NVIDIA Tegra 3 graphics will truly be unrivaled. With stunning visuals, realistic physics, real-life active lighting and more you can expect some truly impressive and immersive games to quickly come to market once T3 devices start hitting the shelves. I can’t wait for the Tegra 3 version of SHADOWGUN because that game is awesome — and we have a preview of it on T3 in our next video.

Those first two impressive videos should have taught you plenty about the new NVIDIA Tegra 3 processor and what to expect, and some you might have already known. Obviously these videos are being made on the coming very soon ASUS Transformer Prime tablet and they mention that right in the video. The last video wont break details down quite the same way the first two did, but this is another extremely convincing video showing just what we can expect from games and gaming with the NVIDIA Tegra 3 platform. 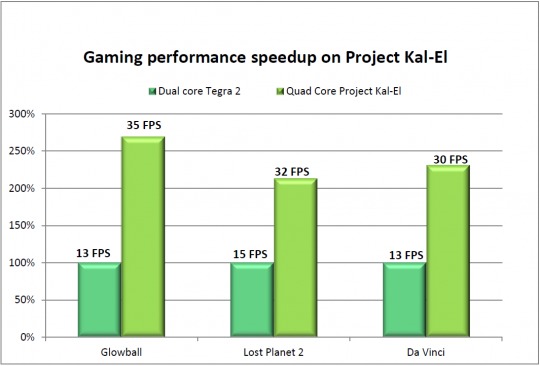 As you can see in the graph above users can expect double and sometimes triple the gameplay performance across the board with Tegra 3. Obviously not all games or applications will react the same but in general those are some huge improvements. Combine those increases with the vSMP technology you get stellar performance that wont tax the battery and user.

Basically what this all comes down to is the NVIDIA Tegra 3 platform will be awesome. If the videos above don’t have you convinced then I’m not sure anything I say will either so I’ll just leave it at that. The fact that we are getting over double the performance while not suffering a hit on battery life is an impressive task and we are quite excited to see more. The ASUS Transformer Prime tablet will be the first device to take advantage of the new quad-core Tegra 3 processor and we’ll be getting one in for review as soon as humanly possible to give all these new and impressive features a test drive.

I’m sure NVIDIA and all their partners are just as excited as we the consumer are about these new innovations and improvements and I’m assuming we’ll be hearing plenty soon regarding phones and tablets all rocking the NVIDIA Tegra 3 quad-core processor. I have a feeling this Christmas season will be snowing with quad-core tablets rocking the Tegra 3, we’ll just have to decide which one we want. Stay tuned for more details on T3 and quad-core devices as plenty are coming soon.