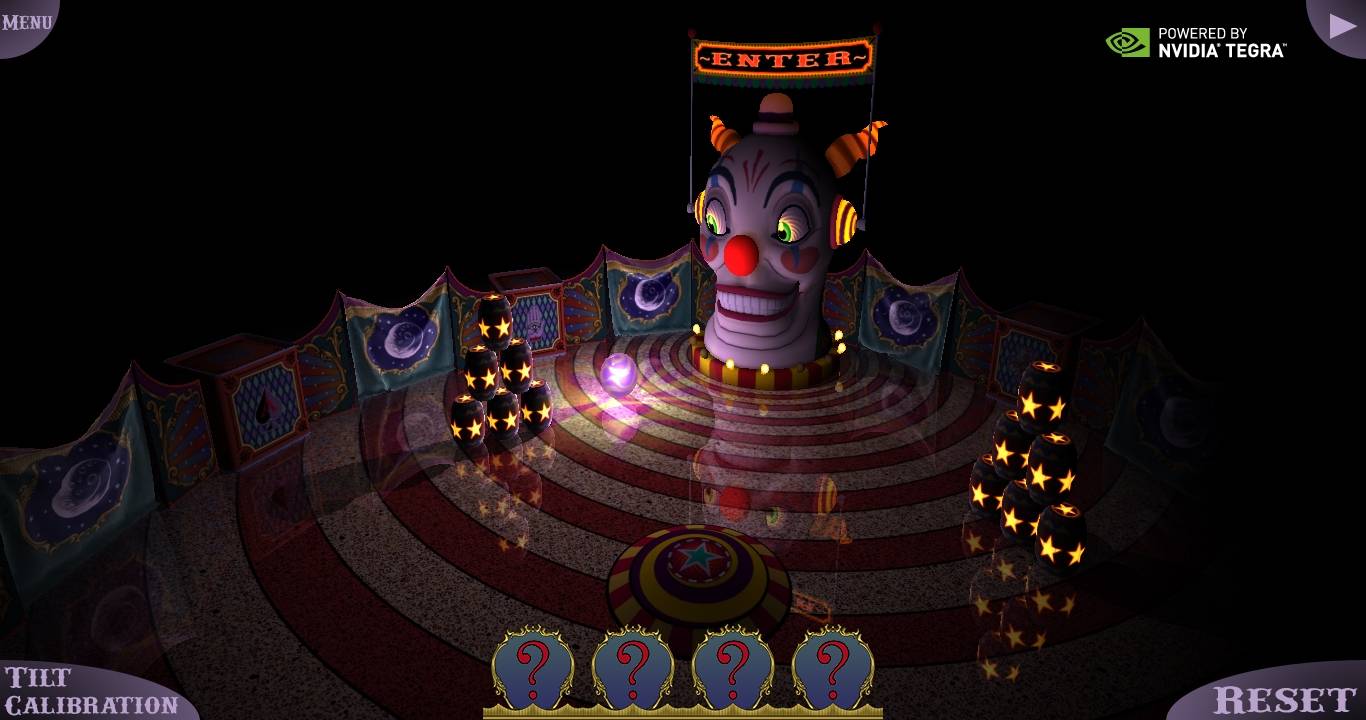 NVIDIA has been teasing us with its next-gen Tegra chipset, codenamed Kal-El, since February, and now the company has demonstrated just what sort of thing a quad-core CPU, twelve-core GPU SoC is capable of when you slap it into an Android Honeycomb tablet. A homegrown game, Glowball, shows how the four cores can crunch through real-time dynamic lighting in a way that would bring a dual-core like Tegra 2 to its knees.

The game basically involves rolling an illuminated ball around an arena of interactive jack-in-the-boxes, curtains and barrels; hitting the boxes in the right order allows you to move on to the next level. The interesting thing, though, is the  arena itself: the ball gives off an internal light that’s projected through the patterns on its surface, and they’re all calculated in real-time rather than being preset animations. That allows you to change the light, brightness and pattern and see it all take place in real-time.

Meanwhile, the curtains and barrels react to movement of the tablet’s accelerometer, fluttering and tumbling as you’d expect them to in real life. NVIDIA has added the ability to virtually shut down two of the cores, to show the stuttering, jerky mess you’d get if you attempted dynamic lighting on a current-gen dual-core chip.

NVIDIA expect to release Glowball into the Android Market when Kal-El based devices go on sale, itself planned to take place later in 2011.