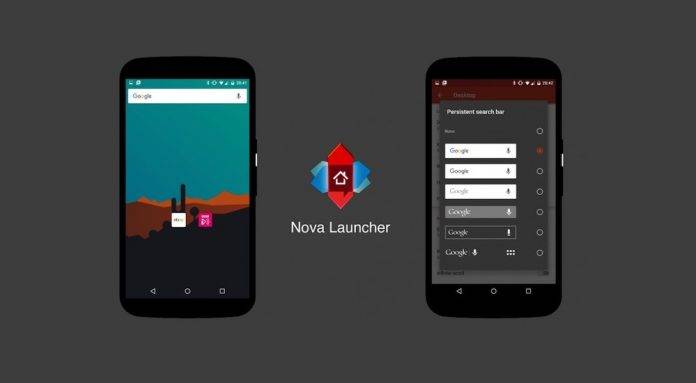 The Nova Launcher always gets updated. The latest iteration is still in beta but it’s almost ready for wider release. It’s also more stable now with a number of bug fixes and optimizations. Developer Kevin Barry has released the 5.5 Stable Nov 20, 2017 build on the Play Store and as an APK. This particular update adds adaptive icons for Android 5.0 Marshmallow, Android 8.1 style popup menu, and some more improvements to the app.

The legacy icons have been reshaped to adaptive so there is uniformity. Similar to the Pixel 2, you will see the searchbar in dock which you can also replace with any widget with a long-press. If you’re waiting for adaptive icons to be visible on your Android 5.0+ devices, get this latest version and you will finally see them.

The latest version should be available on Google Play anytime soon. Opt-in to access the beta version or download the APK from HERE.

Nova Launcher has been our favorite subject recently. It comes pre-installed on the new Razer Phone. We also just reviewed the app and shared with you that it allows one a feature-rich and more customizable mobile experience. That’s after it was updated with App Search animation and Sesame Shortcuts a few months ago.