Nova Launcher is one of the top app launchers for Android today. Its developer Kevin Barry regularly works on and sends out updates for the users. We know another beta version has been ready for testing since July and it’s now ready for everyone. The Nova Launcher v5.4.1 includes a new feature called the Sesame Shortcuts. This Nova Launcher allows search and shortcuts so you easily and quickly jump to a specific area or page. While inside apps, it can be difficult to look for a page or screen but you can now set and save a specific page for easier access in the future.

The feature has been ready for beta and it’s now out for more mobile users. The Stable version was released last September 6 complete with the new App Search animation, Sesame Shortcut integration, updated round search bar style, and the ability to hide the navbar if you’re using a Samsung Galaxy S8. This particular update also includes a number of bug fixes, optimizations, as well as, important Android 8.0 Oreo improvements. 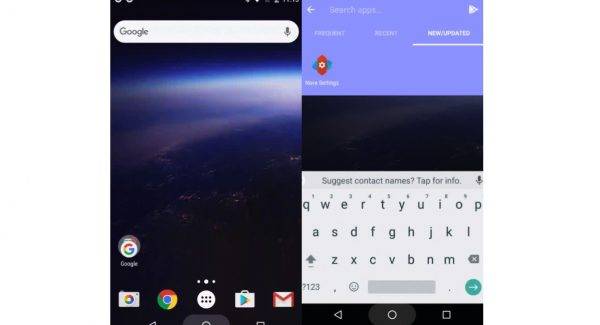 Some Nova Settings have also moved so don’t be worried if you don’t find what you are looking for right away. The App Search Background Color is now under Nova Settings> Look and Feel> Search. Search as overlay is within Nova Settings> Desktop> Searchbar Style. Lastly, Integrations for both Sesame and Google Now can be seen on top of the Settings menu.

Download Nova Launcher from the Google Play Store or get the APK.