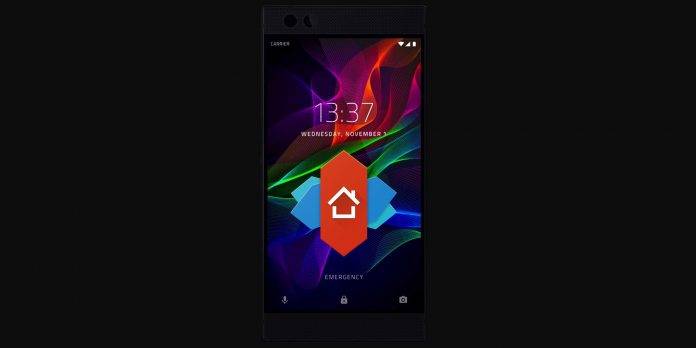 More good things about the Nova Launcher–the launcher comes pre-installed in the newly announced Razer Phone. It includes Google Now integration so you can ask the phone anything via some voice commands. We know the Nova Launcher is one of the best launchers out there. The feature-rich app offers a fully customizable Android experience so you can set up your smartphone according to your preference, style, and need.

The Nova Launcher is the default launcher on the phone. You don’t even have to worry about availing of the Prime to unlock the features because all features are already pre-installed on the phone. Razer approached the app’s developer if they could team up and Tesla Coil Software’s Kevin Barry agreed. The app may have some limitations but they’re normal.

The Razer Phone will particularly ship with the Nova Launcher 5.4.8 version. The Prime features are included already so you can enjoy new gestures, unread counts, custom drawer groups, hide apps, icon swipes, and more scroll effects. On the Razer Phone, the launcher shows an overlay theme for better integration.

This good news makes the Razer Phone the first smartphone with integrated Nova Launcher. As for the Razer Phone, you can now avail of the phone on pre-order on razerzone.com and Three in the UK.