Barnes & Noble just announced and released the new NOOK Tablet and in the usual iFixit fashion we now have a full teardown. Showing us every “nook” and cranny of the device you could ever expect, then we have our hands-on below for you too. check out a few pictures after the break.

The same was also quickly done on the Kindle Fire but this is all about the NOOK although you can see a comparison right here. I’m sure you all know plenty about the NOOK Tablet but this little eReader rocks a 7″ IPS display, a dual-core 1.0 GHz processor, 1GB of RAM, and thousands and thousands of books or magazines to consume your day at the beach. 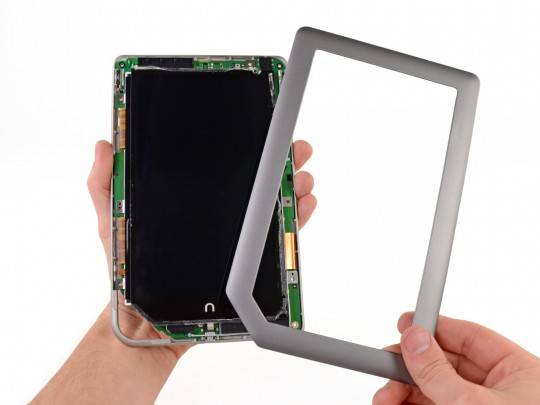 While you’re here, enjoy our Nook Tablet hands-on and unboxing, then check out how you can side-load apps right to the new NOOK by reading this info. The new NOOK Tablet has only been available a few short days and it already has root access and the Android market. Hopefully we’ll see a few ICS ROM’s appearing for this 7″ slate soon, I have a feeling it will be very shortly. The NOOK is a great little eReader and as we said above if you’d like to see every nook and cranny during the full teardown hit the source link after the gallery below.