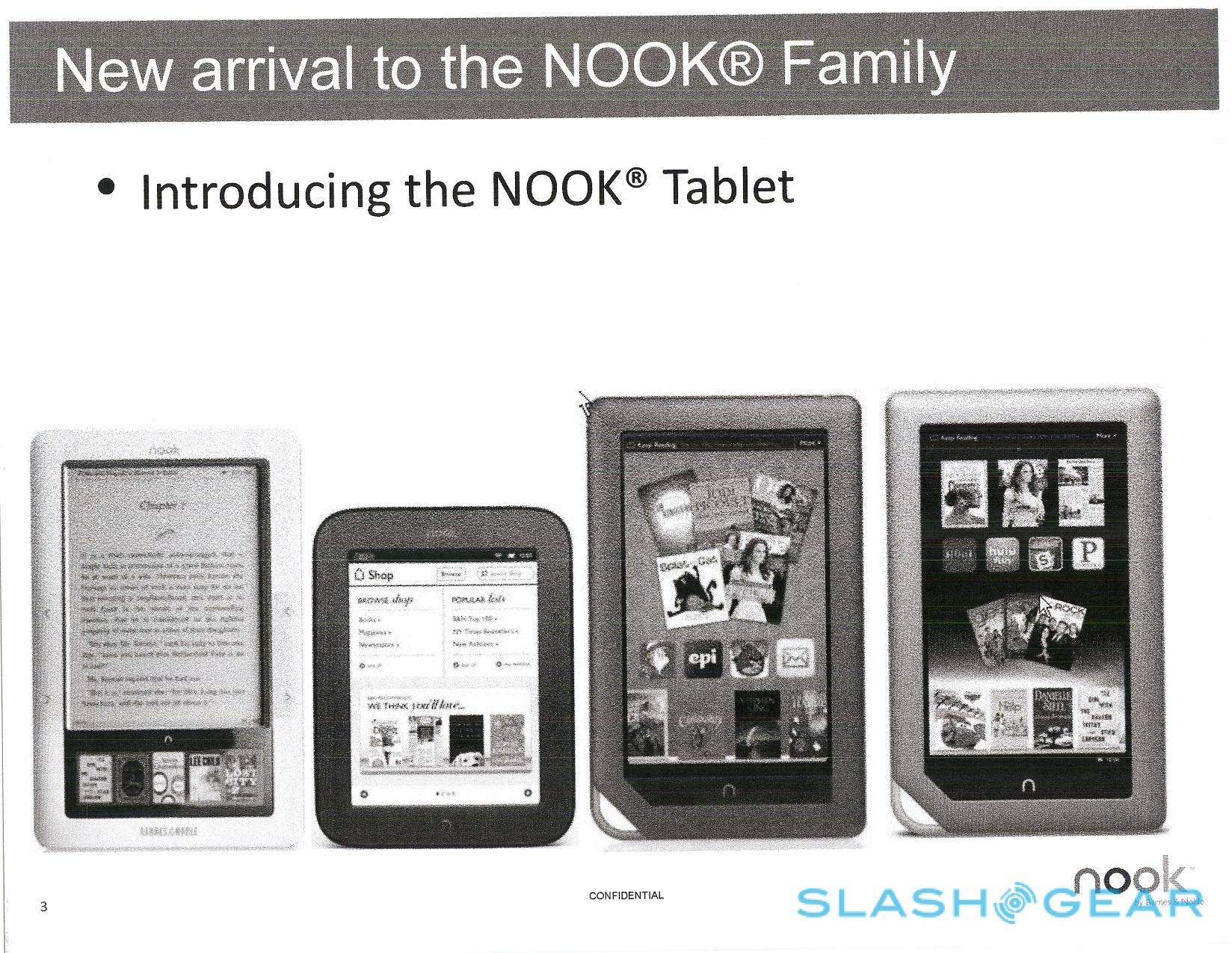 Well folks, it looks like the full specs and details regarding the new NOOK tablet have been leaked a bit early. The NOOK 2 announcement event is set for November 7th but apparently it will be called the NOOK Tablet and will be available come November 16th, just in time to compete with the Kindle Fire.

The new NOOK Tablet will complete with the Kindle Fire across all areas and that means price, size, weight, and availability. The new NOOK will feature a 1.2 GHz dual-core OMAP processor, 1GB of RAM, comes with 16GB of internal storage (and micro-SD support) all while being a little thinner and lighter than the original NOOKcolor. The new NOOK Tablet will be under a half inch thick at just 0.48″ and weigh only 14 oz. This device will connect over Wi-fi only and has the same 7-inch VividView IPS display as the NOOK Color.

According to our sources it will look very similar to the original only it will be thinner, lighter, and much faster. So when can you get your own and for how much? The new NOOK Tablet event is November 7th but we already know the details. You can get your own starting November 16th for just $249 and pre-orders will probably start on November 7th. So now the question is — will you get the NOOK Tablet or the Kindle Fire?