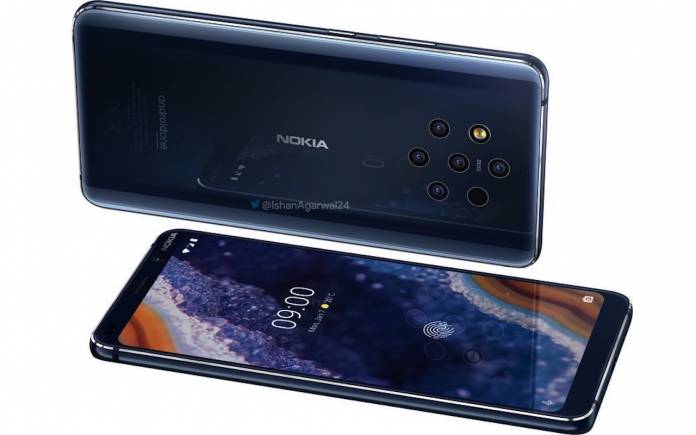 The Nokia 9 is that one device we’ve been waiting for since forever. It’s been rumored for almost two years now. We’ve featured the phone several times already and we’ve actually witnessed the development from another regular Nokia flagship phone into the PureView version with multiple lenses. Nokia’s announcement is anticipated anytime soon especially since Samsung unveiled the Galaxy S10 with triple-rear cameras. Huawei is set to announce the Huawei P30 Pro next month with quad cameras. Nokia has an edge with the five cameras but HMD Global already needs to make an official announcement.

The Nokia 9 was recently leaked in Google’s Enterprise Program site. This means the phone could be for business users.

So far, we know the smartphone will have five cameras and an under-screen fingerprint sensor. The company already missed the earlier end of January rumored schedule. Launch date, availability, and pricing details were leaked and here are the new Nokia 9 PureView official renders. See the phone in all angles.

Aside from the Nokia 9 PureView, HMD will also unveil the Nokia 4.2, Nokia 3.2, and the Nokia 1 Plus at the Mobile World Congress event next week.

The MWC 2019 will be all about new smartphones and mobile technologies. The Samsung Galaxy S10’s launch is already overwhelming. Next week, expect to drown in more information about new phones, features, and tech.