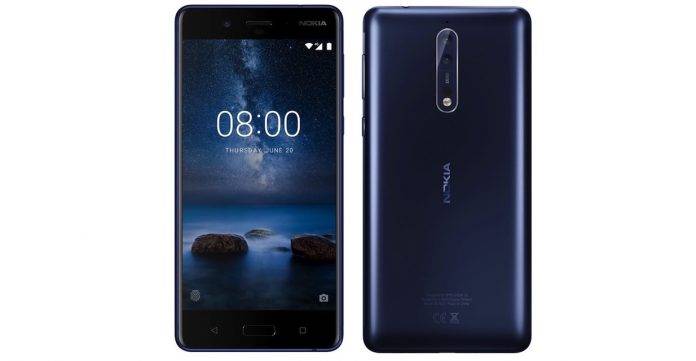 The Nokia 8 is coming. We know HMD Global’s next offering is already being prepared for release ever since early sketches popped up in April. Some images were leaked earlier this month, showing a bezel-less display and iris scanner. This Nokia 8 is said to run a Snapdragon 835 processor and will be HMD’s flagship offering after only introducing mid-range and budget-friendly smartphones.

The Nokia 8 will follow the Nokia 3, Nokia 5, and Nokia 6 in entering the Android community. We’ve seen some images yesterday so we have an idea how it will look–still similar to the first three Nokia Android phones. A video was also seen recently which was actually available since April. It gave us an idea that Nokia has been working on four phones and not just three.

The phone is said to run Android 7.1.1 Nougat OS out of the box but we’re assuming it can be updated to Android O once the latter is ready. This device is also believed to have reached the FCC and the Nokia 8 is believed to be the model TA-1012 in the database.

Nokia 8 was sighted in four color options: Gold/Copper, Gold/Blue, Steel, and Blue. Features are said to include a 5.3-inch display, QHD screen resolution, 13MP dual cameras with Carl Zeiss optic, and 4GB or 6GB RAM. Pricing may start at €589 or $675.