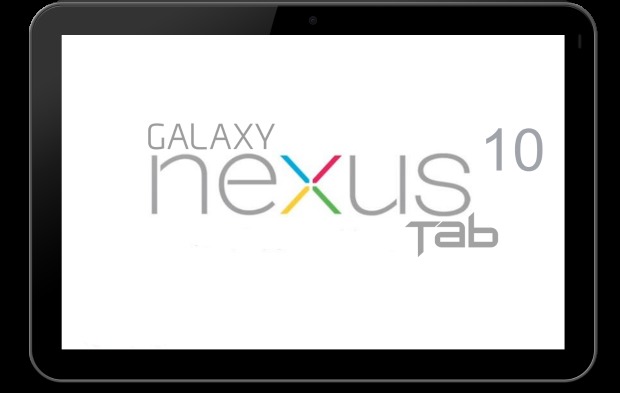 It looks like some new evidence has appeared that could confirm the existence of Google’s rumored Nexus 10 tablet made by Samsung. A new photo has surfaced on Picasa and a quick look at the EXIF data has our interested piqued to say the least. The photo was snapped with a device being listed as the Nexus 10. More details can be found below.

What we have here could very well be an early prototype of the device. It’s rumored that the image was uploaded to Picasa by a Samsung employee testing the Samsung Galaxy Nexus 10. Looking at the EXIF data (below) you can clearly see “Nexus 10” listed as the device, then the camera simply states “Google” which certainly is interesting. 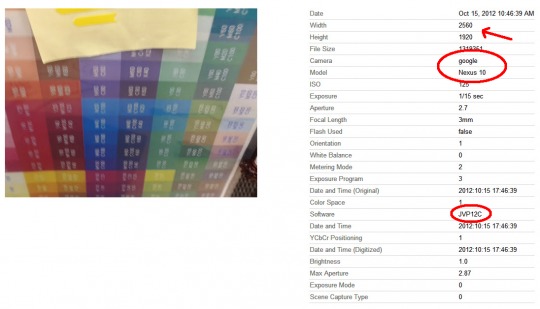 The device also appears to be running a new and previously unheard of version of Android, listed as Android version JVP12C. Then just like previous reports, the tablet data is reporting an impressively high resolution for the 10-inch device. We’ve been talking about a rumored Samsung tablet with insanely high resolution since last year — and it might finally be coming soon. The screen resolution of 2560 x 1600 was confirmed in the data as well.

So far rumors and reports are stating this Nexus 10 will arrive sometime next year running Samsung’s brand new Cortex-A15 based Exynos 5 dual processor. We can’t imagine Samsung having access to that early of an Android build unless this is in fact an upcoming Nexus tablet. Add that to all the previous rumors and we might want to chalk this one up as confirmed. We could possibly see a guest appearance of this tablet at Google’s Android event on October 29th. For now we’ll just have to wait and see.