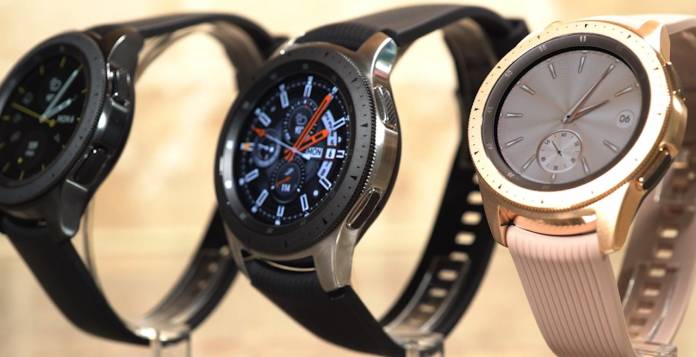 A new Samsung Galaxy Watch will be announced very soon. We’re certain of that because related details are being shared online. We’re expecting a Galaxy Watch Active 3 or a Galaxy Watch 2020. The name doesn’t matter now. We just know a new smartwatch will be available from the South Korean tech giant. We can look forward to the ECG monitoring, blood pressure monitoring, and perhaps an 8GB of onboard storage too. The watch may also be available in two variants as per recent information sighting from the FCC.

The next-gen Galaxy Watch will include an important addition: a physical rotating bezel. This feature isn’t exactly new. Older Galaxy Watch models used to have physical bezels but the South Korean tech giant ditched them for a time.

There is no official announcement or teaser yet from Samsung but the FCC filing showed us a 45mm size and 46mm variant. There will be a titanium model apart from the stainless steel model. Expect that it will cost more.

An August launch may also be expected. It could be introduced together with the Galaxy Fold 2, Galaxy Note 20, and the Galaxy Tab S7 series. A new Samsung Galaxy Watch can be a great addition to the flagship lineup for the second half of 2020.