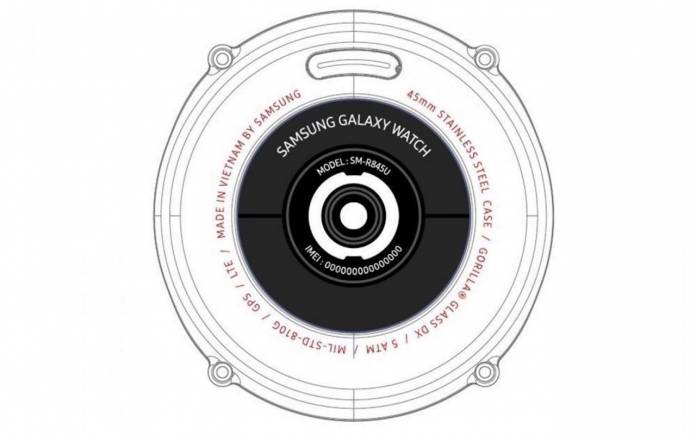 Samsung has not forgotten its Galaxy Watch line. New models are arriving soon as two wearable devices appeared on the FCC recently. As you all know, any visit to the commission means a product or series of devices will be released in the market. We’re expecting the Galaxy Watch Active2 which may probably come with ECG monitoring, blood pressure monitor, and maybe 8GB onboard storage. Two variants may be revealed and we’ve got some details here from model numbers to connectivity features.

This year, Samsung could launch the Watch Active 3. Samsung can also give a simpler name like a Galaxy Watch Active 2020 as the company did on the Galaxy S20 which was supposed to be Galaxy S11.

The Samsung Galaxy R845 model could have a 45mm stainless steel case, Gorilla Glass DX protection, MIL-STD-810G durability, 5ATM water resistance, LTE, and GPS. Not much information on the R855 but we can assume they have almost the same specs but will be different in size. The R855 could be bigger or smaller. Samsung has this way of playing with the numbers because the R820 and the R830 turned out to be the 44mm and 40mm models.

Samsung’s release this year may be earlier because of an earlier FCC sighting. But then again things are different these days due to the pandemic. We’re still crossing our fingers for the new Galaxy Watch models to be announced very soon even if just online.