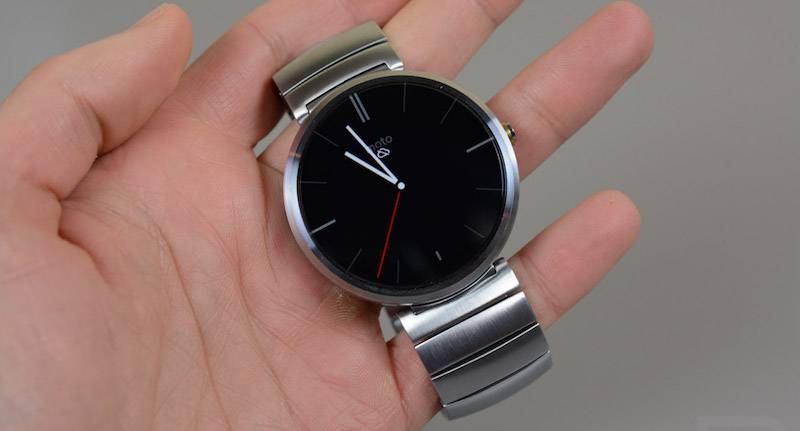 The Moto 360 smartwatch from Motorola will soon have a new version. It’s still being prepped by Motorola and we’re not sure when it will finally be released. We just know a few leaks and another one leaked on Weibo plus the fact that Google has slashed the current Moto 360 price could mean something new is about to be introduced.

A new smartwatch that looks a lot like the Moto 360 was sighted at Bluetooth SIG, ready to receive qualification and approval. The wearable device is being checked for compliance with standard Bluetooth specifications and licenses.

Motorola has not confirmed or denied this but it’s clear the device is a Motorola BTMW03 which features Bluetooth 4.1 connectivity already. Description says it’s a Motorola Android Device but we don’t think it’s a phone or a tablet. If you may remember, the current Moto 360 model was known as the BTMW01. We have no idea if there’s a BTMW02 somewhere but that’s definitely close. 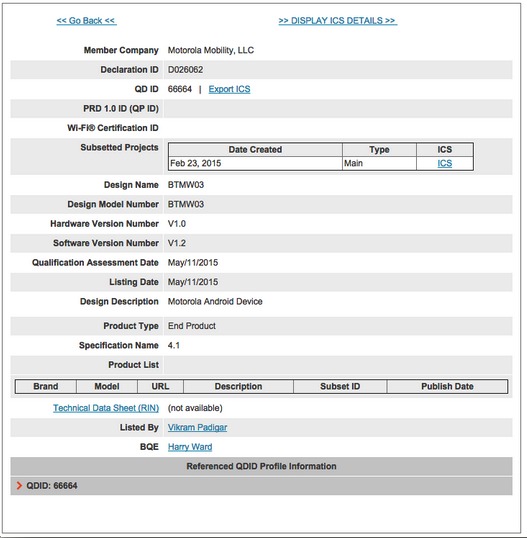 It may be too early but the BTMW01 was spotted August last year and that was a few days before the actual launch of the Moto 360. So should we expect an announcement anytime soon? Maybe but as usual, we’re crossing our fingers. We know a new Moto smartwatch will arrive but we just have to be patient for its coming.