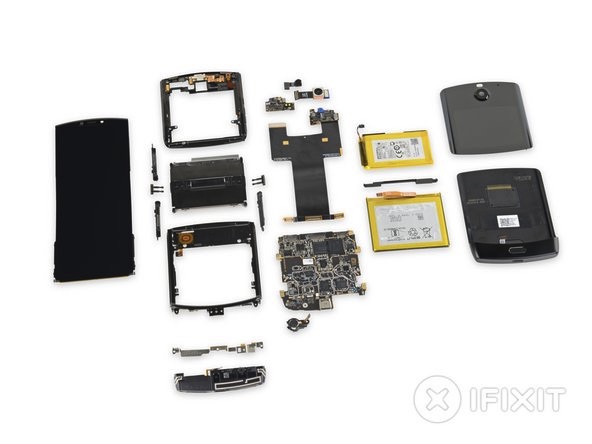 The Motorola RAZR is now available. It’s an obvious rival to the recently announced Samsung Galaxy Z Flip because they have the same clamshell form. The first foldable phone from Motorola has long been anticipated. It was officially announced last November but the Lenovo-owned company had to delay market release due to the high volume of pre-orders. Before the market launch, the Motorola foldable phone was shown off by several videos on YouTube. Shipping was further delayed to February 18 but some who purchased early already received their units.

Moto RAZR early impressions and hands-on were out since last week and some were unfavorable. A folding-unfolding test revealed that the phone gave up after 27,000 folds. Interestingly, Motorola is not worried about the Razr test result.

Zack Nelson (JerryRigEverything) already did a Durability Test to know if the clamshell phone would survive. Today, we’re looking at a teardown analysis systematically done by the iFixit team. The new-gen Motorola RAZR has been opened. Sad to say, it is not that repairable.

Read on but first here is a review of the specs: 6.2-inch foldable plastic OLED, 2142 × 876 resolution, 373 PPI, 2.2GHz octa-core Qualcomm Snapdragon 710 chipset, 6GB RAM, 128GB onboard storage, and a 2510mAh battery. When it comes to the camera department, there is only a 16MP rear camera with dual-pixel autofocus and ƒ/1.7 plus a 5MP ƒ/2.0 selfie shooter. There is no official IP rating but the phone is “splash-proof with water-resistant nanocoating”.

First to be opened is the lower rear part. Using an iOpener, some heat, and a little wedging, the cover opens. Remove some glue. Once you take out the cover, you will see the fingerprint sensor cable right next to the home button. Take out the battery to reveal the Quick View display. Another battery is nearby, placed in the other half of the phone.

Unscrew the Torx screws you see using a Mako kit. It can be done easily so you can check out the flexible display. Try to remove the vibration motor. Watch out for some slime we’re assuming are there to help in water-resistance.

Check the motherboard and you will see a number of sensors that have been covered. Remove some more Torx screens to reach the OLED screen. You may encounter a thick cable over the hinge and second battery but you can unstick it.

Moving on to the hinge, it is found to be a continuous geared hinge. There are two support plates plus some springs and a cat-head cam. All of them protect the OLED screen by providing support and prevent crease.

The final result: a repairability score of 1. Sure, the only thing you will ever need is as standard T3 Torx. Just go past the stubborn and glued-on outer covers and you’re good to explore the inside. The display is replaceable but may cost you $299.

Batteries need disassembly to be replaced. The mainboard is where you can find the charging port. Repair work can be difficult, no thanks to several flex cable booby traps and complex construction.