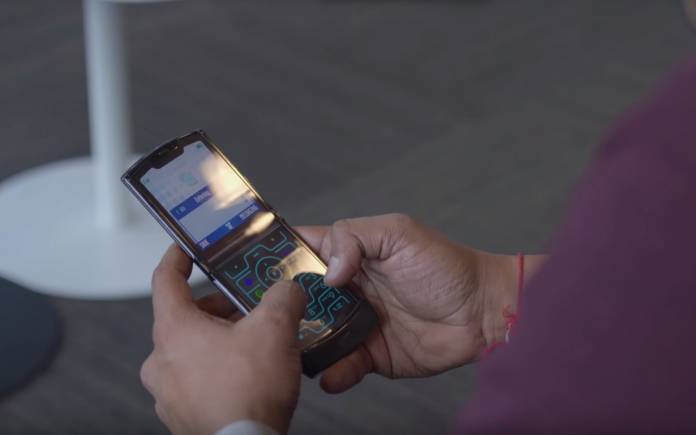 The new Motorola RAZR has finally arrived. Don’t be surprised if you see a number of unboxing videos, hands-on features, and reviews that discuss the Motorola foldable phone. The Lenovo-owned brand has dropped the new smartphone. We have yet to do our own hands-on analysis and comprehensive review but for now, we’re checking out first impressions and are sharing them with you. A number of tech reviewers and major sources of information have shared their thoughts about the Moto RAZR which is a resurrection of an old favorite.

The RAZR takes the clamshell design of the original model but this time, with a flexible display that opens to a taller screen. Max Winebach, one of our biggest sources of information when it comes to the Samsung Galaxy S20, demoed the sound of the hinge of the folding-unfolding RAZR. For a $1,500 smartphone, it feels flimsy. Winebach even said the representative at the store said she was afraid to use the device.

This is the sound of the hinge on the Razr folding. It doesn’t sound good. The hinge also feels flimsy and cheap for a $1500 phone. The rep at this store said she was afraid to use it. pic.twitter.com/dCXZNlCF0P

Ladies and gentlemen, I present to you the #MotorolaRAZR battery life. Granted it's only the first day and there's an update coming on release day but this is ?. Granted it's fast to charge but sadly it's even faster to discharge. pic.twitter.com/Nuzqb5DLim

There really is a click. Some people may get used to it but it can be annoying or nerve-wracking at times. Not many people are confident when holding the new MOTO RAZR so maybe Lenovo and Motorola do something about it.

This is only the first-gen Motorola RAZR foldable phone. Samsung started the same way with the Galaxy Fold last year so we’re hopeful Motorola can make things for the better. The clamshell design will make it a close rival of the Samsung Galaxy Z Flip that is about to be unveiled in a week. We’ll see then if there is no clicking sound on the phone.