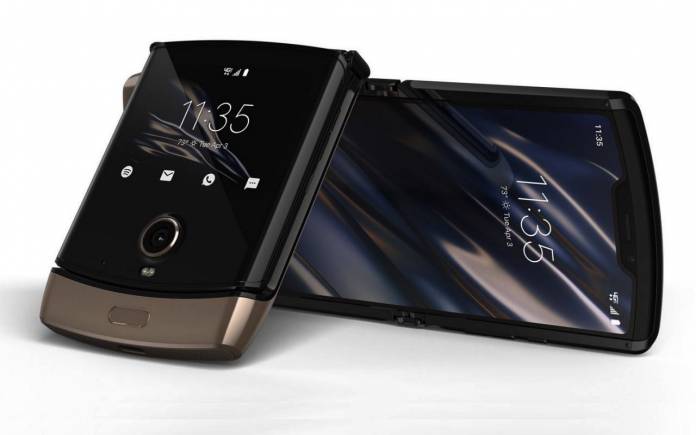 Is the world ready for another foldable phone? Maybe. After the release of the Samsung Galaxy Z Fold 2 and the Galaxy Z Flip 5G, Huawei may release a new Mate. Motorola may also follow with a new Razr flip phone. Earlier this month, we shared the 2020 Motorola Razr 5G leaked images. The set showed a more refined smartphone. It could be the codenamed Motorola Odyssey device. If you may remember, Motorola earlier gave the RAZR foldable phone a huge $500 price cut. It could have meant a number of things like the phone isn’t selling that well or a new model is coming soon.

We’d like to think a new RAZR phone is about to be unveiled. It makes more sense to roll out an improved version. The first-gen Razr foldable smartphone has some issues like having a very small hinge, screen found to be cracking and peeling after one week.

The device was found to be not easily repairable. IFixit gave it a low repairability score of 1. A durability test also presented the Motorola RAZR giving up after 27,000 folds but the company was not worried about the test result.

A couple of months ago, we mentioned the foldable phone may be delayed until 2021 but looks like it will be available soon. By soon we mean next month, September. That is a huge possibility as Motorola has already started releasing teasers.

The foldable Razr flagship is said to come with 5G connectivity. That will be a nice improvement since there is a demand now for 5G support. Your phone can have all the premium specs and features in the world but if it doesn’t have 5G, then it can still be disappointing.

A September 9 announcement may happen. Motorola is said to have promised it will “flip the smartphone experience once again” with the new device. The teaser below shows a very similar design.

The phone is rumored to come with a bigger 6.2-inch display, better 48MP camera, 8GB of RAM, 256GB onboard storage, Qualcomm Snapdragon 765 processor, and a 2845mAh battery. We’ll see if the phone will still be priced at $1,499. We highly doubt the price will be lower.