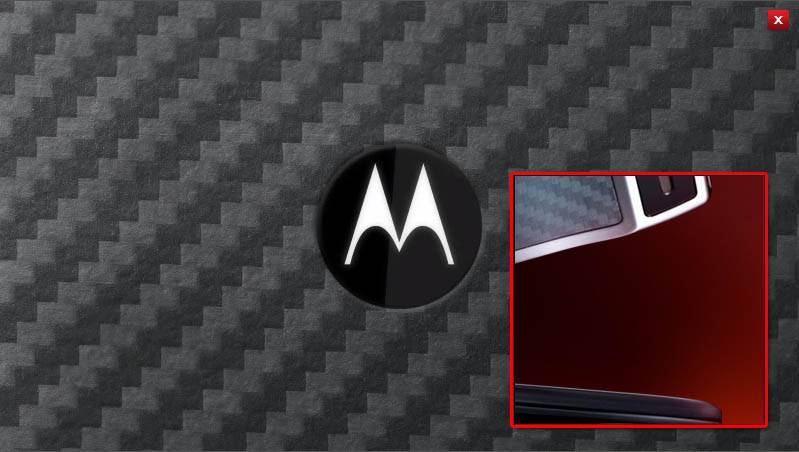 We know you’re probably all hot and bothered about the Google/Samsung event in Hong Kong tomorrow, but Motorola and Verizon would like to remind you that they’ve got their own party a little closer to home earlier in the day. The “Faster. Thinner. Smarter. Stronger” event is thought to be the unveiling for the much-rumored DROID RAZR and possible a next-generation XOOM as well. With its latest teaser site and video, Verizon has pretty much put rumor to rest  – it’s all over bar the waiting.

The latest video gives us a lot of the sexy-things-going-fast imagery of the original teaser, plus two quick images that should catch your eye: a shot of a Motorola logo in the style of the original DROID and DROID X on a checkered background, followed by a look at some body armor. Could that be the rumored Kevlar construction we’ve been hearing so much about? If not, it’s a pretty good imitation.

There’s also this like gem of a JPEG sitting in the background, and it looks an awful lot like the camera hump on the top of the DROID X with some body armor dressing. The industrial-strength sensibilities should match the leaked specs: a qHD 4.3-inch screen, a 1.2GHz dual-core processor and a LTE radio for Verizon’s 4G network. Note the “42” in the video – that’s the answer to the ultimate question of the device’s theoretical max download speed.

Join us tomorrow as we cover the Motorola and Verizon event, starting at 12:00 PM Eastern Standard Time.