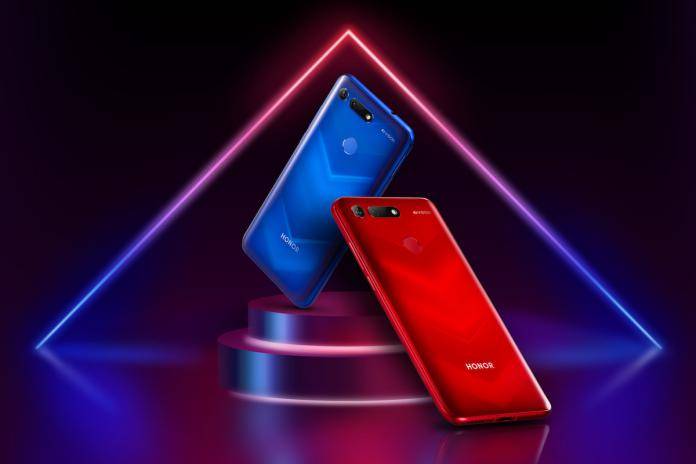 Huawei’s sub-brand Honor officially unveiled the Honor View20 in China last month. And this week, it was shown off in full so we’ve got more details about the new mid-ranger. It joins the Samsung Galaxy A8s and the Huawei Nova 4 with the punch-hole camera display. We’ve seen only a few images before but now we can share with you the official product photos with clearer details and more colors. The rear especially looks awesome with the chevron design and horizontal dual rear camera setup.

The back side of the Honor View 20 appears to be moving. It can appear to be waving, gliding, or flying forward. The Honor team calls the effect as Aurora Nanutexture – Aesthetics in Motion.

Powering the smartphone is a Kirin 7nm mobile AI processor, 6GB RAM/8GB RAM, and a 128GB or 256GB internal storage. We won’t forget the 4000mAh battery with +4.5V/5A HONOR SuperCharge technology. For cooling, there is the ‘s-shaped heat pipe’.

The Honor View 20 runs on Magic UI 2.0.1 and Android 9.0 OS. Color options include Phantom Blue, Sapphire Blue, Midnight Black, and Phantom Red. Pricing starts at 569 Euros which is about $647 in the US now.