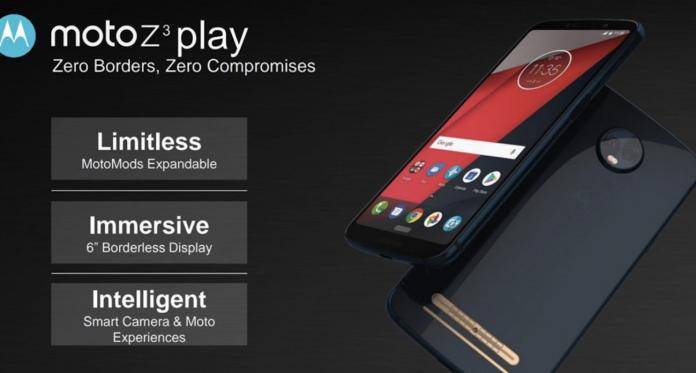 Motorola is one of the more prolific phone makers in the market today. The brand is already owned by Lenovo and so it has more time to focus on development and improvements. Moto G and Moto E smartphones were recently unveiled in Brazil and earlier than usual and this time, we’ve got more details about the upcoming Moto Z3. The smartphone has been part of our consciousness since last month when Moto Z3 Play image renders and a 360-degree video were shared online.

We’ve heard about a handful of leaks from different sources but allow us to organize the information by sharing everything we know so far.

Even before the official launch, the KARBON SHIELD case for the Moto Z3 Play was listed up for pre-order. Another rendered image showed the dual cameras and smaller bezels while it received an unofficial port of Android P Developer Preview.

Earlier this month, some Moto Z3 Play live photos were shown off, revealing really thin bezels and dual rear cams. The Z3 is still a part of the Moto Z family that is known for its compatibility with Moto Mods.

The Moto Z3 Play will arrive with the Moto Z3 which is a different model. XDA Developers managed to get a hold of a related document that details the hardware, software, and key features.

Motorola has designed the Moto Z3 Play as one of the thinnest premium phones in the market. This one features an aluminum body with 2.5D Gorilla Glass screen, 6-inch FHD+ AMOLED display, 18:9 Max Vision aspect ratio, Snapdragon 636 processor, 4GB RAM, 32GB or 64GB onboard storage, microSD card slot, and a 3000mAh battery with TurboPower charging. It’s safe to assume the phone will be bezel-less.

When it comes to imaging, the Moto Z3 Play will come with a dual 12MP camera system for depth-mapping and edge-detection and an 8MP selfie camera. It may also offer “cinemagraphs” for live and animated photos. Both rear and selfie cameras will include a Portrait mode. Motorola is adding spot color so you can turn a photo into black-and-white for a dramatic effect. To make taking photos more fun and interesting, there’s also the cutout mode. It allows you to capture a subject and replace the background with an image.

For the business people, you can take advantage of the camera to scan text for business cards or documents. There’s a bunch of camera settings plus manual mode so you are free to adjust and fine-tune ISO, shutter speed, white balance, exposure, and focal length.

The Moto Z3 Play is said to offer Moto Display and Moto Experiences. The latter allows easier and faster shortcuts. There’s the Moto Voice that will make use of the phone’s four noise-canceling mics. This also allows you to use voice commands to control apps, as well as, ask for answers to different questions.

Mobile security is made possible by a side-mounted fingerprint scanner. Two free updates will be released by Motorola. Motorola is also reported to launch the Moto Z3 Play in bundles: