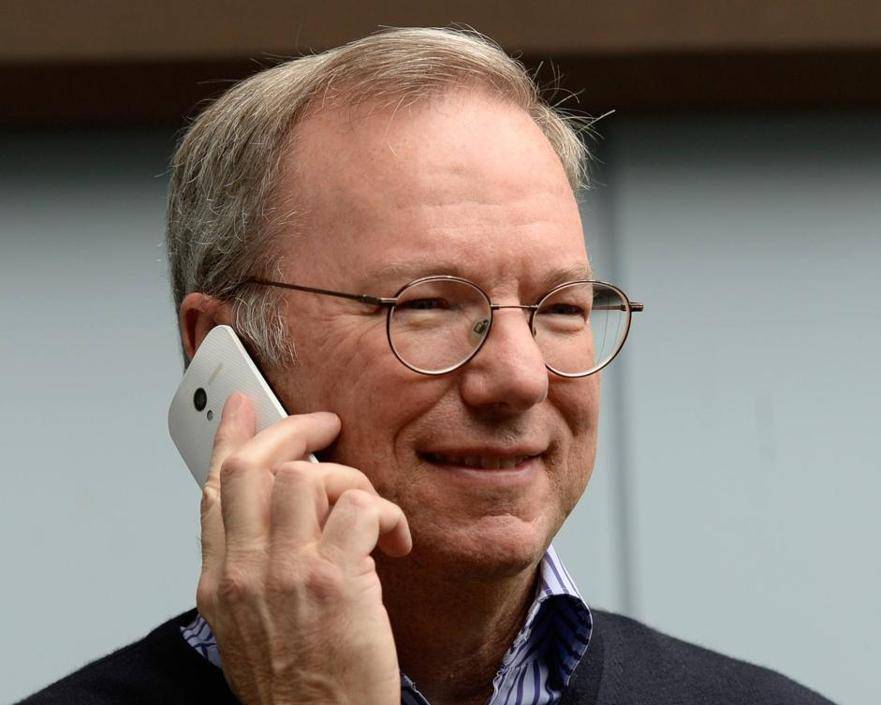 As if there hadn’t been enough hype surrounding the Moto X, it looks like we now have a true in-the-wild sighting. Though, given the circumstances this one can hardly be considered a leak. Instead what we have is Google’s Eric Schmidt simply using the handset. These images come by way of the annual Allen & Co. conference and as you will see throughout this post — are showing the Moto X in white.

We had already seen images (of pieces) of the Moto X in white so this color doesn’t come as much of a surprise. With that in mind, given most of the leaks seem to be showing the handset in matte black, it is somewhat refreshing to see something different. Not to mention, something that looks a bit more like a finished product. 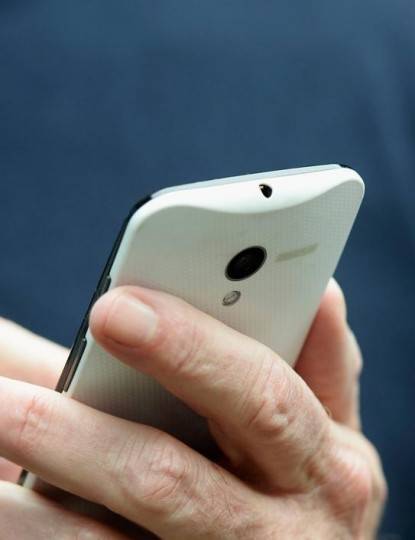 The white Moto X does remind us of the white Nexus 4, which has the white color on the back and sides with the front face completely black. Otherwise, these images seem to match up with the recent leaked images. You can clearly see the headphone jack centered on the top of the handset and the camera lens, flash and Motorola logo (centered from left to right) on the back side.

Also on the back sitting to the side of the camera lens is the speaker grill. This could also just be a case of the angles of the images, however the Moto X seen here appears much thinner as compared to some of those earlier leaks. The disappointing, but not all that surprising part here deals with the specs and the fact we have seen very little.

Earlier reports have suggested the handset has a 4.7-inch HD display and a dual-core 1.7GHz Snapdragon S4 Pro processor. Perhaps the key here will be the reportedly large marketing budget that Motorola has planned to promote the Moto X. Well, that or maybe people will flock to it because of the ability to customize the color.