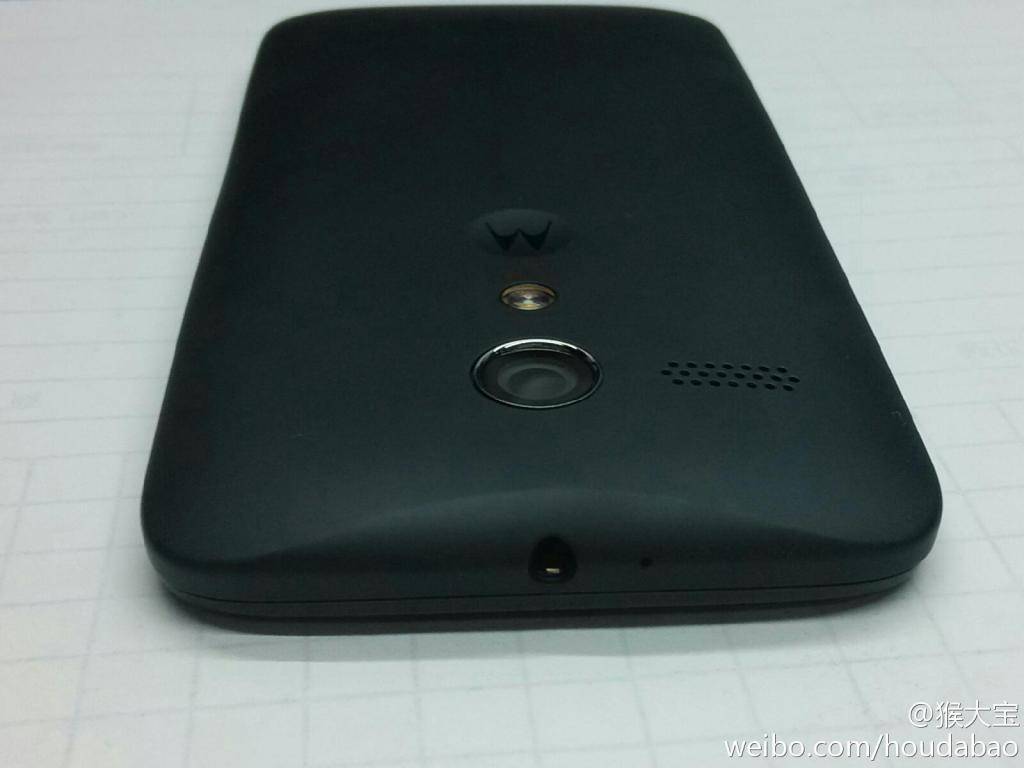 Also, as we had seen from earlier leaked images, the back of the handset has the camera, flash and Motorola logo all centered from left to right. Also seen in the image is the speaker grill, which sort of looks out of place given it is not centered along with the rest of the goodies. Anyway, while this particular image has the handset in a matte black, we are expecting Motorola to have several colors available.

In fact, looking back to a previous leak and it appears as if Motorola will have several ‘custom’ backplate covers available in a variety of colors. While we have seen several image leaks (including one that showed the front panel in white), the specs have yet to be fully covered. Earlier details on the specs have mentioned a 4.7-inch HD display and a dual-core 1.7GHz Snapdragon S4 Pro processor.

July 11th (today) had also originally been a rumored announcement date, but that has since been denied by Motorola. Otherwise, as we recently mentioned, it looks like Motorola has a rather big budget for the Moto X. Those reports, which came courtesy of The Wall Street Journal brought details of how Motorola has a $500 million marketing budget set aside. It was also said the Moto X will be launching with several US carriers (AT&T, T-Mobile, Verizon Wireless and Sprint) as well as “some overseas markets.”