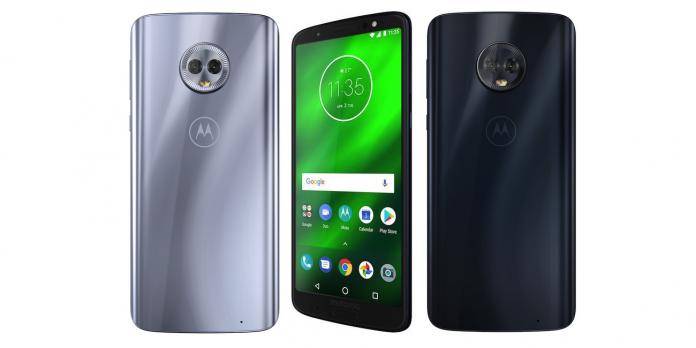 It’s true: Motorola is rolling out new Moto G6 phones. Not that we ever doubted the news but we’re assuming the leaked images are enough to convince the public the Lenovo-owned brand will introduce the latest Moto G devices. As early as January, we’ve heard about the Moto G6 Plus posing for Mr. Blurry Cam followed by several rendered images, leaked specs, and benchmark listings. Today, we’ve spotted the Moto G6 Play and the Moto G6 Plus on Carphone Warehouse. This sighting is one major proof apart from the Olixar Moto G6 accessories being up for pre-order on MobileFun.

The British phone retailer has posted information and images of the unannounced Moto G6 smartphones including some specs, pricing, and color options. We gathered the Moto G6 Play will boast a 5.7-inch edge-to-edge display screen, rear fingerprint sensor, long-lasting battery, fast-focusing camera, front-facing flash, and a glass back. Color options include gold and blue.

The Moto G6 Plus, on the other hand, will have a bigger 5.9-inch screen, dual smart camera system, front fingerprint sensor, glass back, and a front-facing flash. You can choose between the silver or blue model. As for the pricing, Carphone Warehouse lists a £26 ($37) monthly fee for the Moto G6 Plus.

Motorola is scheduled to make a formal announcement in Brazil today, April 19.