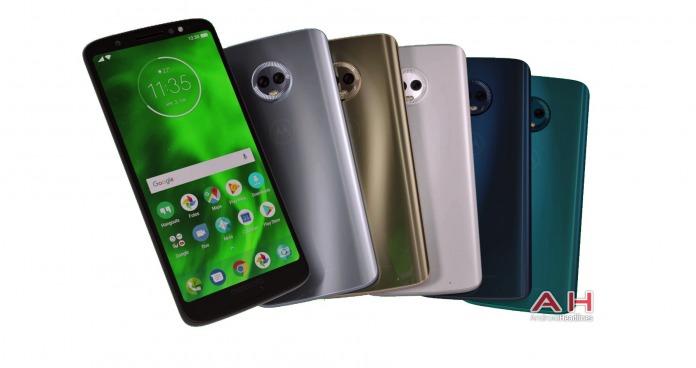 The Moto G6 Plus already posed for Mr. Blurry Cam last month while the Moto G6 Play’s rendered images and a 360-degree video were shown off. Specs and pricing were also leaked last week but now we’ve got another preview of the Plus variant. Other relevant information we have include the color options of the Moto G6 Plus. The phone will be ready in Cyan, Blue, Gold, White, and Black models and will be made up of glass and metal if we’re to talk about the device material.

The Android-powered smartphone will be equipped with a larger screen, dual-camera setup, dual-LED flash, and a fingerprint scanner (front). This one looks like the Moto X4 in many ways so you probably have a clear idea of what to expect: an 18:9 aspect ratio, Snapdragon 630 64-bit octa-core processor, and a 3250mAh batt.

Motorola may use Android 8.0 Oreo OS out of the box but there will still be the on-screen navigation buttons. We’re curious to know about the other phones, the Moto G6 and Moto G6 Play, that are rolling out with the Moto G6 Plus. We want to see how the Moto G6 line will be better than the previous model.