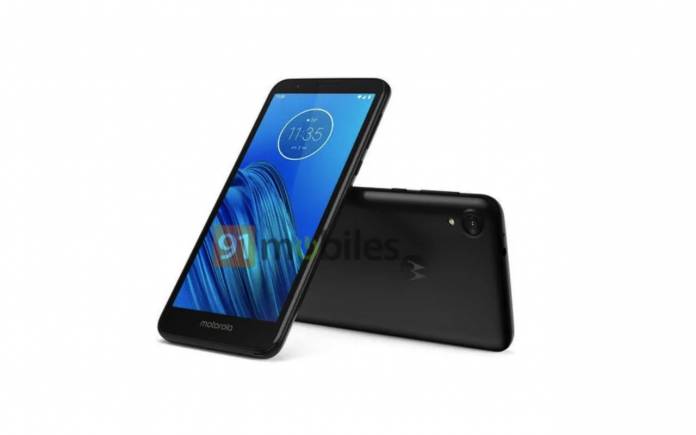 Those Moto E6 specs spilled before official launch may be confirmed soon as new image renders have been revealed recently. As an obvious follow-up to the Moto E5, we’re looking forward to how Motorola will improve on last year’s Moto E phone. The Moto E5 was announced same time last year so expect a special announcement from Lenovo-Motorola anytime soon. More information may be leaked in the coming days until the official release. The phone codenamed ‘surfna’ seems to be ready. It will be out in the US through different networks, unlocked.

The Motorola Moto E6 is expected to be compatible on most US carriers like Google Fi, T-mobile, AT&T, and Verizon. It may not be the only Motorola phone to roll out since there’s also the upcoming Moto Z4 and Motorola RAZR foldable phone. A Motorola One Vision may also be revealed.

A new Moto E6 render was released recently. Thanks to 91mobiles for the image.

The Moto E6 phone is the next affordable offer from Motorola. We don’t see any camera bump so we’re assuming the company has finally to make changes to the design. There is only one camera at the back, top right, with an LED flash.

Motorola may unveil the Moto E6 phone on May 15 together with the Motorola One Vision. It may be equipped with a 5.45-inch 18:9 aspect ratio screen, HD+ resolution, 3.5mm headphone jack, microSD card slot, selfie camera, 13MP rear camera, 5MP selfie cam, Snapdragon 430 onboard storage, 2GB RAM, and 16GB or 32GB onboard storage. The phone gets a taste of the Android 9 Pie out of the box. Price may begin at 7999 INR ($114).

We don’t doubt this will be the last render of Moto E6 that will appear online. They don’t look far different from the previous Moto E phones but there are certain changes.