The supposed images of the upcoming Mi 6 were our first glimpse of the new Xiaomi flagship smartphone. Some specs were then spotted on GFXBench and then again on AnTuTu which meant the device is arriving soon in China. A teaser tells us Xiaomi will make the big reveal on April 19 which is only two days from today. Now we’ve got two new spy photos that could show us the possible design of the new Xiaomi smartphone.

The images above show us a 2.5D and 3D curved glass at the black. You see the black ceramic version and what appears to be a darker grey model. The two holes at the upper left corner could be for a dual camera setup.

We’re actually excited to confirm some of the specs and features listed such as the 5.1-inch screen, 1080 x 1920 pixel resolution, 2.2/2.4GHz octa-core Qualcomm Snapdragon 835 chipset, 64GB or 128GB onboard storage, 4GB or 6GB RAM, 12MP rear caemra with another cam, 8MP front-facing shooter, and 4K video recording. The phone is expected to be powered by Android 7.1.1 Nougat with the latest MIUI version already. There could also be a Xiaomi Mi 6 Plus.

Meanwhile, the AnTuTu listing below almost confirms what we know already. Notice the Xiaomi Mi 6 name is clearly indicated. 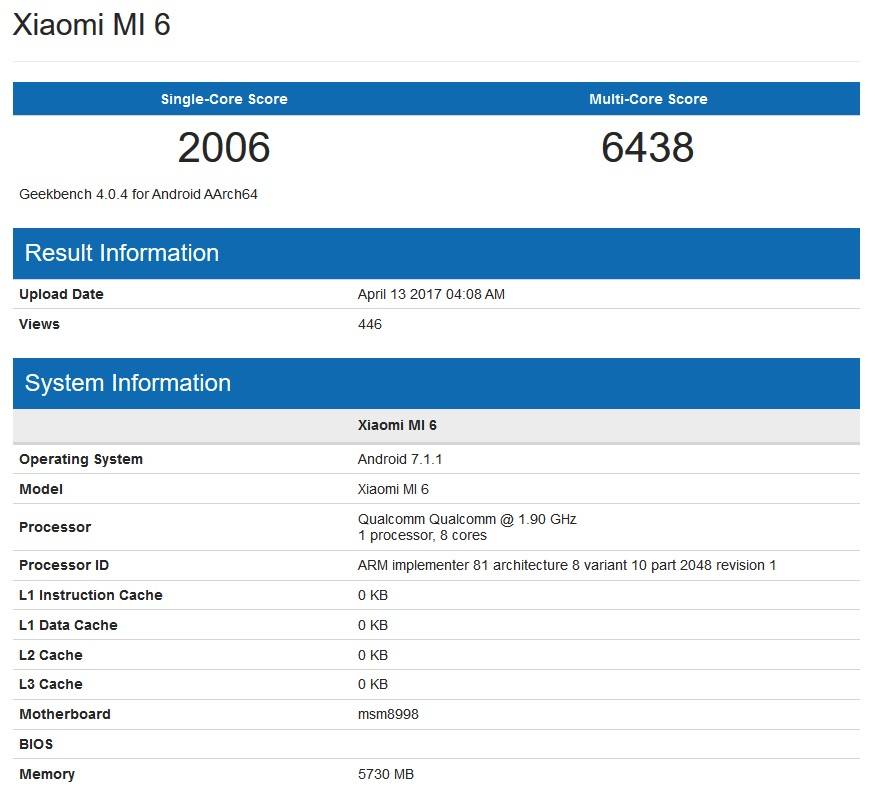