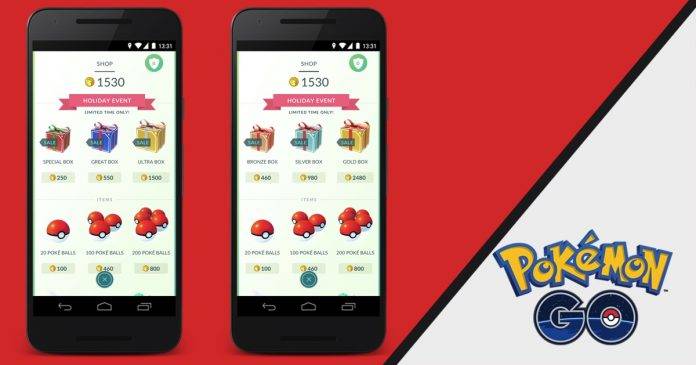 Christmas may be over but it’s still the holidays for most people. Niantic Labs doesn’t seem to be taking a break as it is busy releasing updates and more good news for the avid fans and trainers. Just yesterday, we learned about more chances to hatch new monsters. There’s also that wearable product that could be used for the game.

Pokemon GO launched in India officially earlier this month. After the new monsters, the Nearby feature expansion, and that special Pokemon GO Frappuccino at Starbucks, now we’ve got news of the limited-time holiday item packs added to the in-game shop. A lot of items are now at discount prices beginning last December 25 until the 30th.

Niantic Labs will be rolling out Special, Great, and Ultra Boxes. Inside the boxes you will see different items ranging from new incubators to incense, ultra balls, and great balls. Starting December 30 until January 3, new boxes will be released. The Bronze, Silver, and Gold Boxes will also include lure modules, great balls, Poke balls, lucky eggs, and incense.

Check out the Pokemon GO in-game store for new items and discounts. Feel free to buy as much as you like so you can start the New Year, ready for more Pokemon GO adventures.