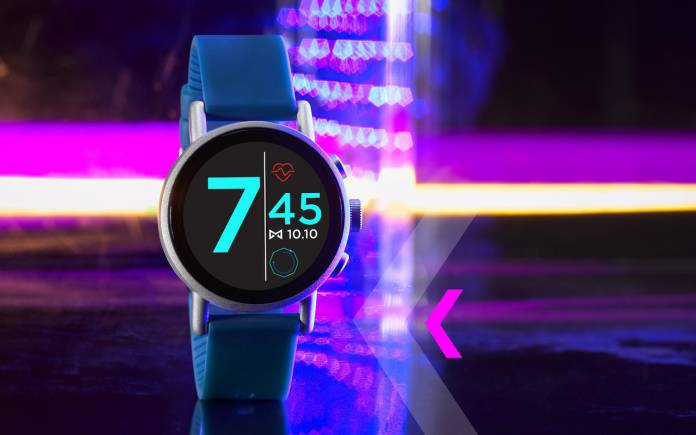 It’s been a while since we last mentioned Misfit. The wearable technology brand that was acquired by the Fossil Group back in 2015 is still in the business. A new product has recently been announced in the form of the Misfit Vapor X. This one follows the Misfit Vapor 2 that was released last year with GPS, NFC, and Wear OS. The new smartwatch is being marketed as a fitness watch that runs on Qualcomm Snapdragon Wear 3100. The wearable chipset was announced almost a year ago but not many wearables use it.

We only know the Louis Vitton Tambour Horizon and the Montblanc Summit 2, both luxury smartwatches, now run on Snapdragon Wear 3100 that was introduced for next-gen Wear OS devices and even future AR glasses. The smartwatch industry may be on a lull but we don’t think it will come to an end. OEMs will only improve on the products and even extend to other devices.

The Misfit Vapor X is said to be the lightest smartwatch from the brand. It looks a bit similar to the previous generation model but it now comes preloaded with GPS and Spotify. It’s also water-resistant (up too 30 meters) even with the matte-finish aluminum alloy and is durable with the Sport Strap+.

This wearable comes equipped with a round 1.19-inch screen, 4GB of built-in storage, 512MB of RAM, Snapdragon Wear 3100 chipset, and 24-hour battery life. A battery saving mode is available when you don’t want to use the other smart features. The watch can be fully charged within almost an hour (80% in 50 minutes).

Other special features of the Misfit Vapor X include a heart rate monitor, VFC, and the Cardiogram app (pre-installed). Misfit has the ‘Dare to be Different’ campaign and this smartwatch here is one of the first products to be introduced. Expect more will be revealed that will really “stand out”. Retail price is $279 but you can get it from misfit.com for only $199.99 for a limited period of time.