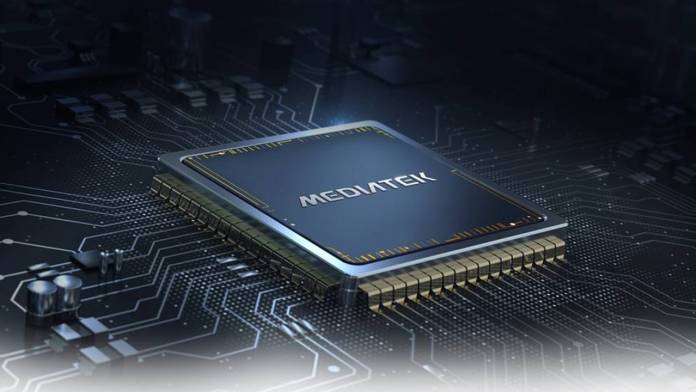 There’s a lot happening in the phone processor microchip arena as only a handful of companies have the technical prowess to manufacture these SoCs. Qualcomm, MediaTek, Samsung, and Huawei are the current preferred processor options for smartphone makers globally. And it goes without saying that Qualcomm is the market leader having 31 percent share followed by MediaTek who are not far behind at 21 percent.

Qualcomm has a dominance in the flagship device market as most OEM’s other than Huawei and Samsung prefer the reliable processors by the US-based manufacturer. Even Samsung fits its flagship devices with the Qualcomm processor depending on the region where it is selling the devices. The latest Galaxy S20 series phones sold in North American get the Qualcomm Snapdragon 865 chipset while the European and Asian region gets the in-house Exynos 990 chipset.

MediaTek in the last few years has been playing around in the mid-range and lower mid-range market with its cost-efficient processors. Manufacturers choose MediaTek’s processors to keep the device’s final cost down to pitch to a certain segment of the market since Qualcomm’s mid-range processors are slightly expensive as compared to MediaTek.

Things are changing in the right direction for MediaTek as they have proved themselves over the years as a reliable SoC manufacturer. The G90 and G90T SoC’s have a stellar performance giving them the cost advantage over the comparable Qualcomm offerings. The Dimensity 1000L and Dimensity 1000 processors have also kept up to the market leader in more ways than one. This has instilled confidence in OEM’s to choose the cost-effective option of MediaTek processing in their mobile devices.

It goes without saying that MediaTek is evolving its technology in the right direction to dethrone Qualcomm. Factors such as US trade sanctions are also playing in favor of the Taiwanese semiconductor company as OEM’s like Huawei and Honor are left with no option but to choose the second-best option right now.

The latest processor developed by Mediatek also proves that they are capable of being the first choice of phone makers as processing power along with power usage is the key in a highly competitive market.

With the recently announced Dimensity 1000+ SoC, the heat is certainly getting to Qualcomm. Most of the 2019 and 2020 smartphone manufacture’s opted for the flagship 855+ and the recent 5G-enabled 865 processors. That could change with the Dimensity 1000+ 5G processor which touts the balanced mix of power usage and processing prowess.

The chipset has four ‘Big Core’ Arm Cortex-A77 cores clocked at 2.6GHz. There are four power-efficient ARM Cortex-A55 cores which are paired to a low-latency last-level cache for improved performance and power-efficiency. The nine ARM Mali-G77 GPU cores further provide a boost in graphics-intensive applications like gaming.

Dimensity 1000+ development team has also put a lot into the research and development that goes into the end-usage of the chip. They’ve been mindful enough to bring in 144Hz display refresh rate support and other features that matter to the user. This puts a strong case for OEM’s to consider the cheaper priced MediaTek SoC as compared to the current market dominator Qualcomm.

On paper, the chipset looks good and maybe neck and neck with Qualcomm’s 865 processor. Especially with features like the world’s first AV1 hardware decoding which brings never before seen details to the popular AV1 format. APU 3.0 which has six AI processors for latest AI-camera, AI-assistant, and in-app enhancements.

Vivo sub-brand iQOO recently unveiled its latest flagship the Z1 5G in China, which is going to appeal to smartphone gamers with 144Hz refresh rate display. The iQOO Z1 has a MediaTek Dimensity 1000+ processor under the hood, becoming the first phone to be equipped with the flagship 5G chipset.

MediaTek got caught up in benchmarking controversy when Anandtech’s Andrei Frumusanu figured out that the Taiwanese chipset maker got higher score in benchmark tests the illegitimate way. MediaTek was creating a whitelist of applications to run on special Sports Mode to boost the performance of phones. This boost was impractical in day to day usage and wasn’t in any way going to translate into day to day performance.

Andrei stumbled upon the results of the Oppo Reno3 Pro (European version) powered by MediaTek Helio P95 processor. The device had surprisingly high performance, way more than a Cortex-A75 class SoC can dish out. Later when he got the Chinese Reno3 powered by MediaTek Dimensity 1000L processor, the lower performance of the device came as a surprise to him. The Dimensity 1000L which is a superior processor to the P95 had lower benchmark scores. 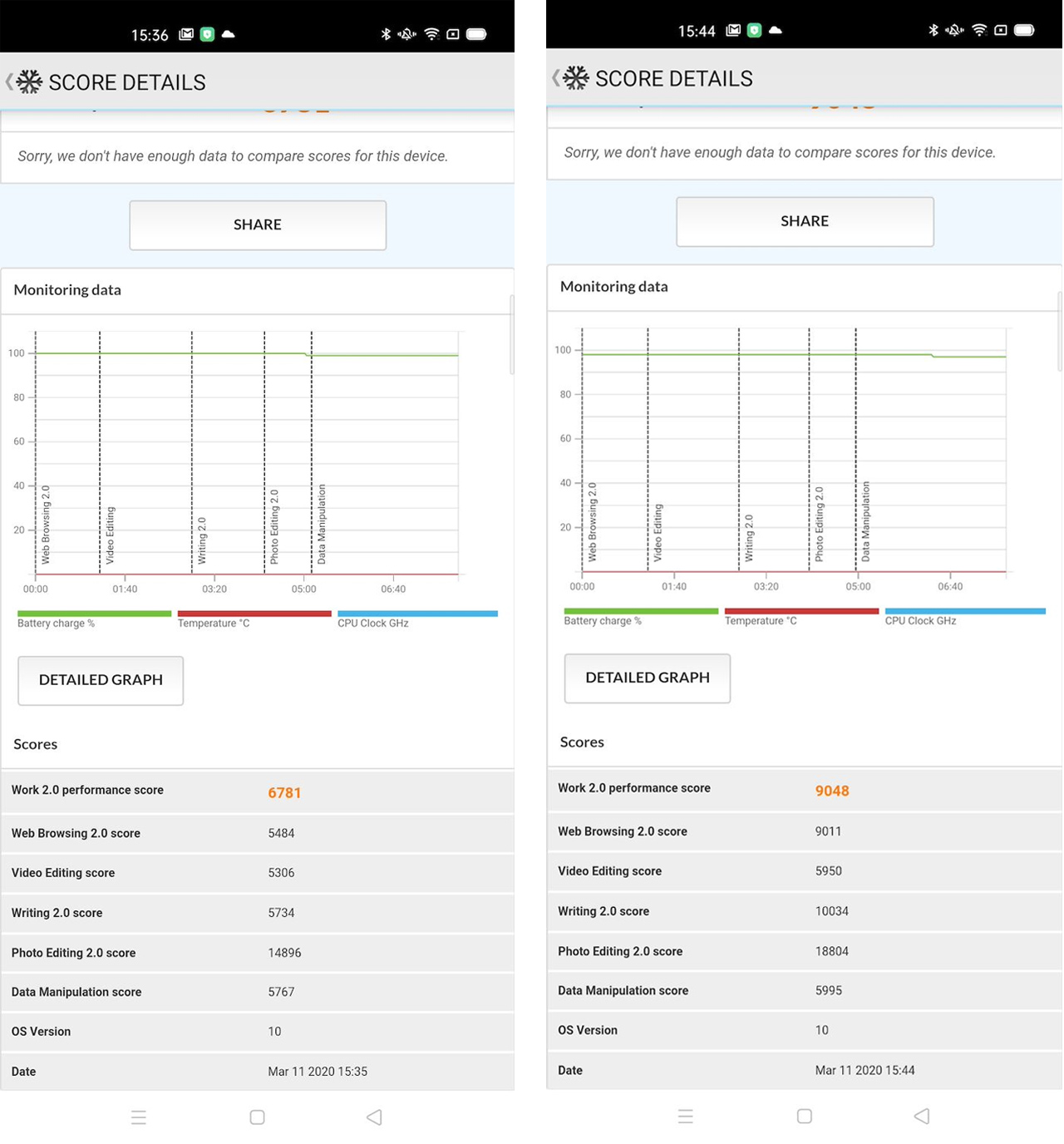 This has been going on for quite some time now, dating back to the Helio P20 chipset powering the Sony XA1 released in 2017. The firmware code disguised in an .xml file listed the applications for which the Sports Mode would kick-in and show a bump-up in performance for a short while. Andrei categorically said that “30% difference in the overall score, with up to a 75% difference in important subtests”.

Then he wanted to dig deep and got the Chinese model of the Reno3 Pro with a Snapdragon 765G. It came as no surprise that this one didn’t have any alarming performance bumps as the Helio P95 version.

When MediaTek was asked about this matter they put the gauntlet on OEM’s shoulders. The company officials said that phone manufactures can turn the Sports Mode on and in a way admitted that everyone does it, even their competitors do it. They didn’t mention the name but it was implied that Qualcomm, Samsung and Huawei also do the same to get higher benchmark scores. Responding to this strongly, Qualcomm said that whitelisting apps is clearly cheating and they don’t do it in any way.

Leaving the benchmark controversies aside as it is a subjective topic since the hardware and software are closely knitted when considering performance, there is good news for MediaTek. In light of the growing US trade restrictions for Chinese OEM’s like Huawei and sub-brand Honor, the companies are now considering Taiwanese MediaTek to come to the rescue.

Since Qualcomm is an American-based company, the new trade regulations come into play, making it highly volatile for manufacturers like Huawei to use the chipset in future smartphones. Due to this ban, Huawei cannot place new orders for the manufacturing of its HiSilicon chipset to TSMC who is the primary chip supplier for the company.

This will lead to an increase in orders of MediaTek chips by Huawei and Honor. Consequently, it will give MediaTek the opportunity to prove itself in the flagship smartphone arena which for now likes to prefer Qualcomm chipsets.