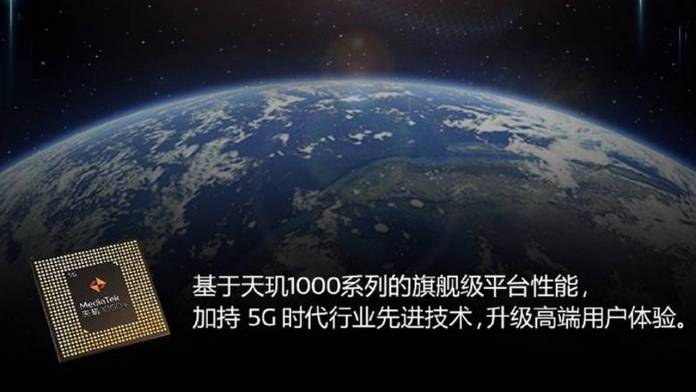 MediaTek is looking to strike Qualcomm’s dominance in the high-end SoC market and persuade more smartphone manufacturers to use their processor technology. The Taiwanese company has launched its flagship processor, the MediaTek Dimensity 1000+ specially tailored for 5G connectivity. Just like its predecessor, Dimensity 1000 released six months ago, it is based on 7nm process. The upgrade is better 5G technology and enhancements tailored for premium gaming performance.

MediaTek Dimensity 1000+ SoC comes with 5G UltraSave, which is a power-saving technology enabling fast switching between power states for improved battery management. It can handle two 5G SIMs simultaneously and if the connection quality is not optimum, it can fall back to 4G too. The dynamic shift between low and high bandwidth modes allows for reduced power usage by up to 32%.

Another advantage comes in the form of 144Hz refresh rate display support which is becoming the latest trend. The chipset has a dedicated MiraVision Picture Quality Engine which can upscale the 4K SDR video content to HDR10+. MediaTek has also backported the AI PQ tech (used in Smart TVs) to enhance the smartphone 4K videos.

The chipset will also have HyperEngine 2.0 tech which brings on-demand dynamic resource allocation. It can overclock the CPU and GPU, while managing the RAM too, depending on the demand of apps or resources. For phones, it means 5G standalone (SA) and non-standalone (NSA) modes on both SIMs. MediaTek SoC also minimizes Wi-Fi and Bluetooth latency for better connectivity. This comes handy while using Bluetooth controllers and headphones. There’s anti-jamming feature too, which makes it resistive to interference.