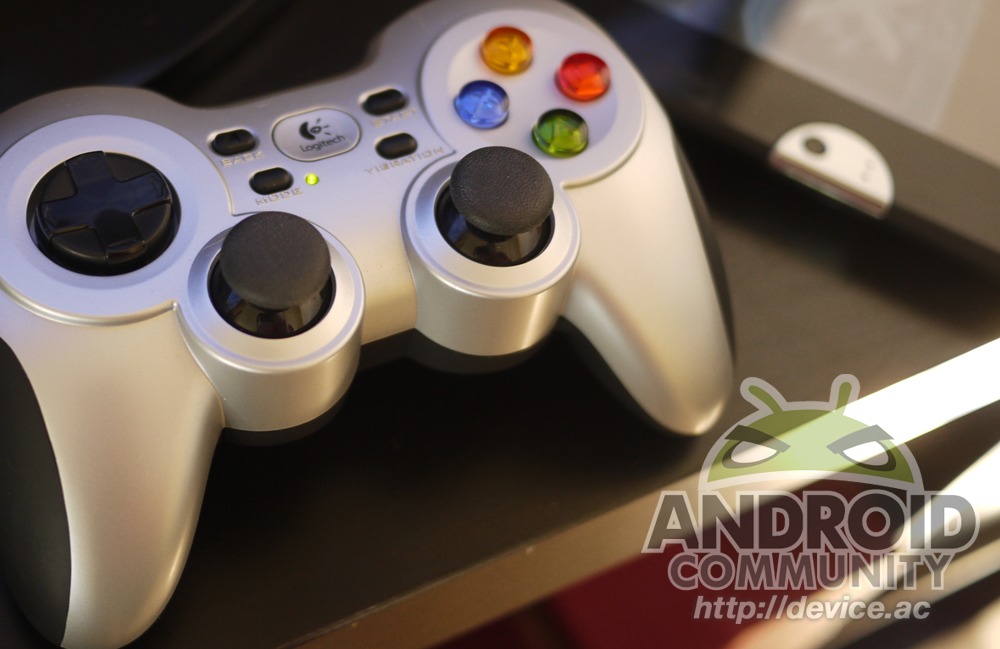 If there’s one thing that’s advancing at radically enticing speed in the Android world, it’s gaming. Think about the games you were playing on Android a year ago, then watch this video. You’ll find that not only is the game Riptide GP, a game we’ve looked at several times before still an awesome game, we’ve got it updated to the newest version available and, what do you know, it’s got the ability to work with 3rd party controllers. We got a nice package from NVIDIA containing the Logitech Wireless Gamepad F710 for some USB-connected action and we were on our way! Not before getting those controls calibrated to our precise wave-riding calibrations right first though, you know we love our calibrations.

Let’s have a look at what it means to use an Android tablet as in intermediary rather than as a screen and controller in one. Is the sweet spot for gaming right around 10 feet away from a relatively large HD display? If that’s the case, then Android STILL has your back. What we look at here is several tablets that have the ability to work with the gamepad, first of all, then we go on in and give it a whirl. While we could have just stopped at controlling the game as it appears on the tablet, your humble narrator had to take the opportunity to put that full-sized HDMI jack on the [Toshiba THRIVE] into action. It’s just so conveniently full sized, I’m telling you! 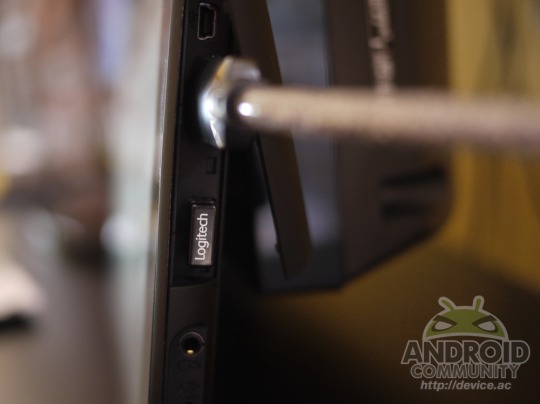 The other tablets you’ll be seeing in this video are, first of all, the [Acer Iconia Tab A500], a tablet that’ll soon be coming out in a 501 edition carried by AT&T. This tablet has a full-sized HDMI port in it right out of the box, so playing the game with the controller on the tablet is no sweat. It’s also got a microHDMI port on the side so if you’ve got the right converter, you’re also well on your way to big screen playing.

Next there’s the [Samsung Galaxy Tab 10.1], the thinnest NVIDIA Tegra 2 dual-core Android tablet on the market, (the A500 is Tegra 2 laden as well), the GTab 10.1 needs an extra converter to grab full-sized USB action. Luckily right next to the Galaxy Tab 10.1 stack of boxes in your local mobile retailer will be this lovely little converter device, easy as a pickle to work with. 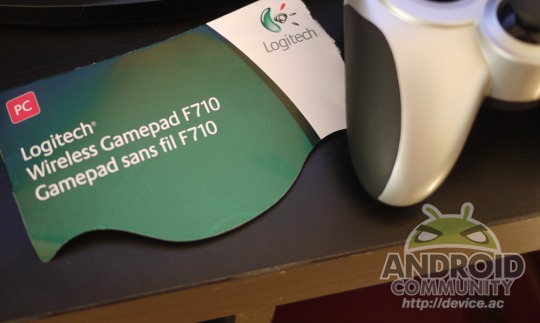 Then there’s the Toshiba THRIVE. This tablet is also working with an NVIDIA Tegra 2 dual-core processor and has been lampooned for its larger-than-average body since release. Had it been released inside 2010, we’re sure it would have been praised as a genius bit of industrial design, but because about a billion other Android slates have come out inside the year 2011, it’s left to be replaced by its thinner counterpart, the [Toshiba AT200]. The unique thing about this tablet is, and you’ll find yourself patting yourself on the back if you purchase the device for this reason, is the combination of full-sized USB and full-sized HDMI ports. If you use this tablet like the tool it was build to be, it’s pretty dern awesome. 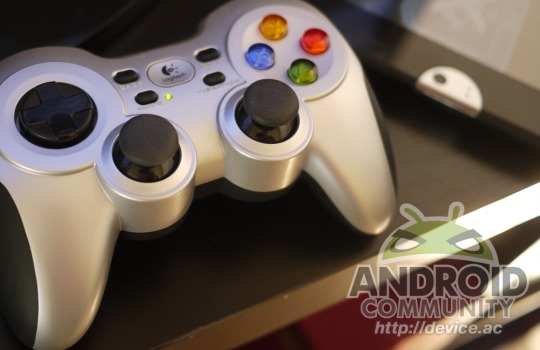 So we take our Logitech Gamepad F710 package apart, put the controller to one side, plug the teeny tiny USB dongle in the Toshiba tablet, and start up Riptide GP. Inside the settings on this game you’ll find the option to adjust your controls. As we found the first time we launched the game’s control options without the USB dongle plugged in, you’ve only got one option unless you’re correctly hooked up. If you’re hooked up right, you’ll see options that directly correlate with your game pad.

All you’ve got to do is plug and play.

Once your USB dongle is in and you’ve calibrated your controls to your wanted settings, you’ll be on your way to a sitting on your couch playing awesomely giant video games experience, just like your ancestors. But unlike your ancestors, you’ve still got an Android tablet at the end of the day.

My only complaints with this combination are, first, that Riptide GP’s menus still require on-screen touch activation, this making me get up off my butt every time I want to go to the next level. Next, I must complain that not enough developers have made use of the awesomeness that is USB peripherals like this super keen Logitech gamepad. It works like a charm and brings a whole new level of versatility to your games.