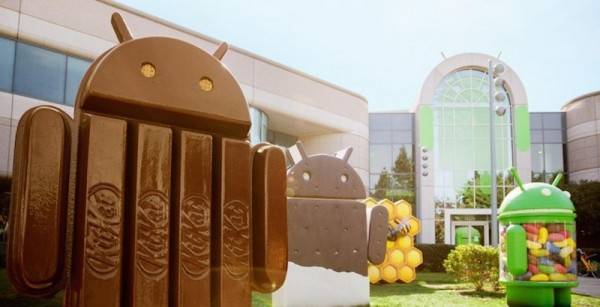 Year 2006 proved to be life-changing for Hiroshi Lockheimer when he joined Google to work on a mobile operating system which we now know as Android. Lockheimer was personally invited by Andy Rubin, co-founder and then CEO of Android, who was also his former boss at Danger Research. Rubin already left Google but his former software engineer remained at the tech giant and is now the Google VP of engineering. His position now includes working on Android and Chrome OS.

The Google I/O Conference is just around the corner and we’ve been hearing rumors and seeing hints about new Google products and services. Registration started last March and we earlier set our expectations. We said Google is thinking about better privacy for Android and that Brillo, another Android OS for the Internet of Things might be announced. We also mentioned a new Nexus Player might be introduced and given away as well.

Fast Company’s Harry McCracken recently had a chat with Hiroshi Lockheimer at the search giant’s Mountain View headquarters about the state of Android and Chrome OS today and in the future. It’s been reported that it is actually logical to have two operating systems: Chrome OS and Android.

After more than a billion smartphones shipped by 2014, Google has proven that Android is the dominant mobile OS in the world today in terms of market share. Lockheimer shared his excitement and said, “I had no idea that this is where we would be nine-plus years later.” “Maybe we should have been dreaming bigger dreams, but this has far exceeded my expectations, and it’s kind of really humbling, actually. I’m wearing a watch that’s running Android now. I have a TV set at home that’s running Android. I’m trying out cars that have Android running in them.”, he added.

Android seems mature at this point already. Major features are there although security is still a major issue but Google promised a better and more secure mobile OS in the future. The company has not used all the letters in the alphabets yet but the operating system has come a long way from Cupcake to Lollipop. Android gets sweeter each year: we’ve tasted the Cupcake, Donut, Eclair, Froyo, Gingerbread, Honeycomb, Ice Cream Sandwich, Jelly Bean, KitKat, and now Lollipop. We’re expecting Android M to be sweeter than ever. We’re guessing maybe Mousse, Mudpie, or Meringue.

The Android Lollipop version proved to be successful when it comes to aesthetics and design. The introduction of Material Design is regarded as a major makeover for Android although it’s still not perfect. After Android L (Lollipop), it’s gonna be Android M, and then next year it’ll be Android N (probably Nutella?), then Android O, and then so on, and so forth. We just don’t know what will happen after Android Z.

“As we’ve grown as a platform, we realize that to some extent predictability is important for the whole industry: developers, manufacturers, operators, and consumers, frankly. So we’ve landed with sort of a yearly cadence of big releases, so, for instance, one year we release J, the next year we release K, and then the year after that L, and then this year we’ll launch M, and so you can predict what will happen next year.”

Google isn’t having a hard time figuring out what to do next or how to improve Android and the company promised a yearly release of new Android OS. Others believe that it will be just about upgrading devices but Lockheimer said the Android team is simply thinking about different screens this time. From a smartwatch to a tablet to smartphones to TVs and cars, people will continue with the multi-device practice and the idea is to improve on it–how they coordinate, make things more useful, and how they actually enrich our lives.

Android’s “Be together. Not the same” ad campaign perfectly describes what Google wants to do. No need to isolate the devices and the platforms. Lockheimer wants less customization by manufacturers to make things simpler and easier. He explained that customization on top of the stock Android isn’t helping in the adoption process. Material Design hopes to change all that not just in terms of aesthetics but for most Google products in general. With its launch, manufacturers are now “less inclined to put their own stamp on Android”.

“Manufacturers realize that design has a name, and it has a name because it’s a big, huge investment from Google and the developer ecosystem rallying around this one design guideline. We’ve worked very closely with their design teams and update them on roadmaps and take their feedback, so that they’re a part of the process, so that they feel invested in it. I think it’s been a huge success for us.”

When Andy Rubin decided to leave Google and Hugo Barra left for Xiaomi in 2013, Lockheimer was left with senior VP Sundar Pichai working on the OS along with Gmail, Search, Apps, Maps, Chrome, and Google+ among others. Lockheimer is now in charge of Chrome OS and Android after the management did some reorganization late last year. This development has brought the two operating systems closer than ever. There are no plans to unify that two but looks like they will be more integrated than ever.

It’s easier to share knowledge and ideas now that the two are under one management. Android-Chrome OS together means some sort of support for technology standards can be easily done. For example, implementing cross-platform features can be easier. You can’t improve on these two operating systems separately or in isolation from the devices and components they run on.

Lockheimer closed the interview with Fast company by saying:

There you have it ladies and geeks. The future of Android and Chrome OS is still bright. Let’s not expect these two to be combined anytime soon. It may be best for Android and Chrome OS to be separate entities but at the same time, well-integrated for multi-device usage is fast becoming a reality.