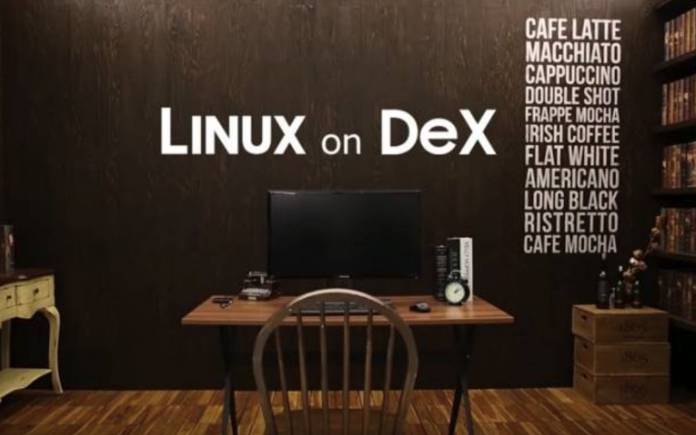 When Samsung introduced the DeX idea over two years ago, we never imagined it would someday work with Linux. We were thinking only Mac and Windows because they are most common, at least, for Samsung phone owners. The experience had been helpful but we knew it had more room for improvement. For a time, Android Oreo Beta disabled DeX on non-Samsung docks so that had to be fixed. More phones became compatible with the system. The dock-less DeX was then introduced which made things easier and more convenient.

The Linux on DeX beta program was initially released for the Galaxy Tab S4 and Galaxy Note 9 last year. The Samsung Linux on DeX beta APK was then made ready to download. Just a few months ago, as Linux on DeX update was also made available for more Galaxy S devices.

Samsung DeX with Mac and Windows for Galaxy Note 10 is now working. Sadly for the Linux version, it will end once the Android 10 update is available. Linux on DeX is Samsung’s edge over the rival. The Huawei Easy Projection feature doesn’t support Linux yet.

With only very minimal requirements like 4GB of RAM and Qualcomm Snapdragon 835, Linux on DeX was also able to work with the Galaxy Tab S5e and Galaxy S10. However, it’s ending soon because the South Korean tech giant decided to discontinue such a program. 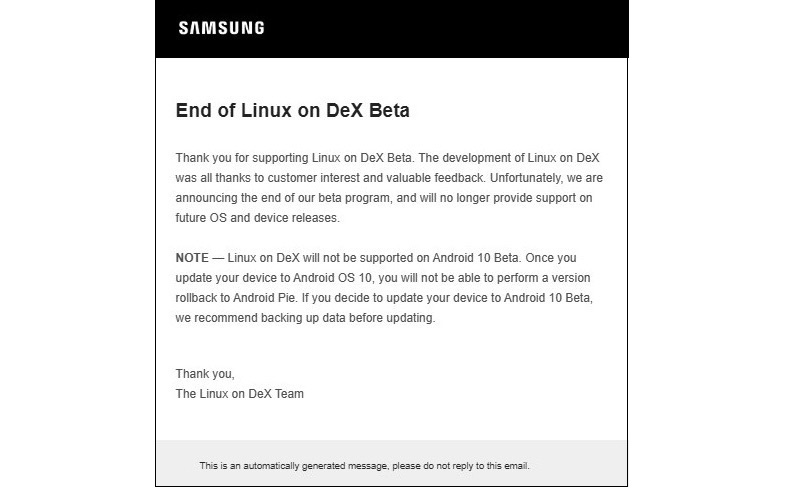 With Linux on DeX, a Samsung phone owner can enjoy his desktop GNU/Linux environment from the phone. It’s mainly for the developers because it specifically was using Ubuntu 16.04 LTS for ARM64. With this setup, devs can build, compile, and test Android apps on their phones.

Linux for DeX support is ending with the Android 10 update. Samsung noted that support will no longer be available. A rollback to Android 9 Pie will also not be possible. No reason has been provided by the company but it could be because only a few users are taking advantage of the program.