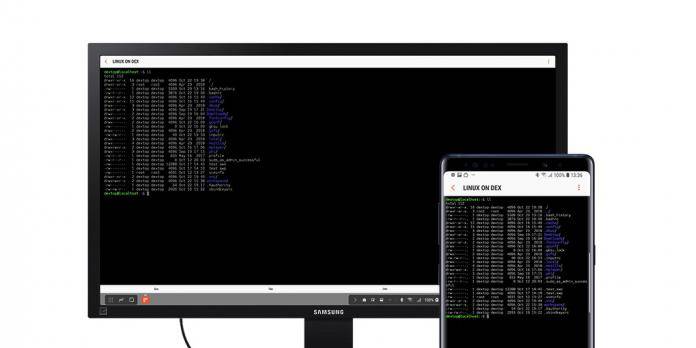 Before last week ended, Samsung made it known to us the Linux on DeX beta program would be ready soon for the Galaxy Tab S4 and the Galaxy Note 9. This was almost exactly a year since we learned the South Korean tech giant would bundle Linux on Samsung DeX. We’ve only been waiting for it to happen and looks like it’s finally happening although still in beta. Just shared on XDA Developers form is the Linux on Dex Beta APK you can now download.

Samsung launched the DeX station last year and it’s getting an important update with Linux in the picture. Initially, it’s out for the Galaxy Tab S4 and the latest Galaxy S9 duo.

The DeX functionality is better than ever now with Linux support, it will be more advanced yet simpler because it will only need a video cable. No need for the DeX docking station.

Samsung DeX for Linux is still in beta but you are free to test the program until the 14th of December. Specifically, Linux on Dex Beta 1.0.38.apk is available HERE.

This is a customized version of Ubuntu 16.04 LTS for DeX. The Linux on DeX app must be installed on the Galaxy S9, S9+, or Galaxy Tab S4 for this one to work without any probem.