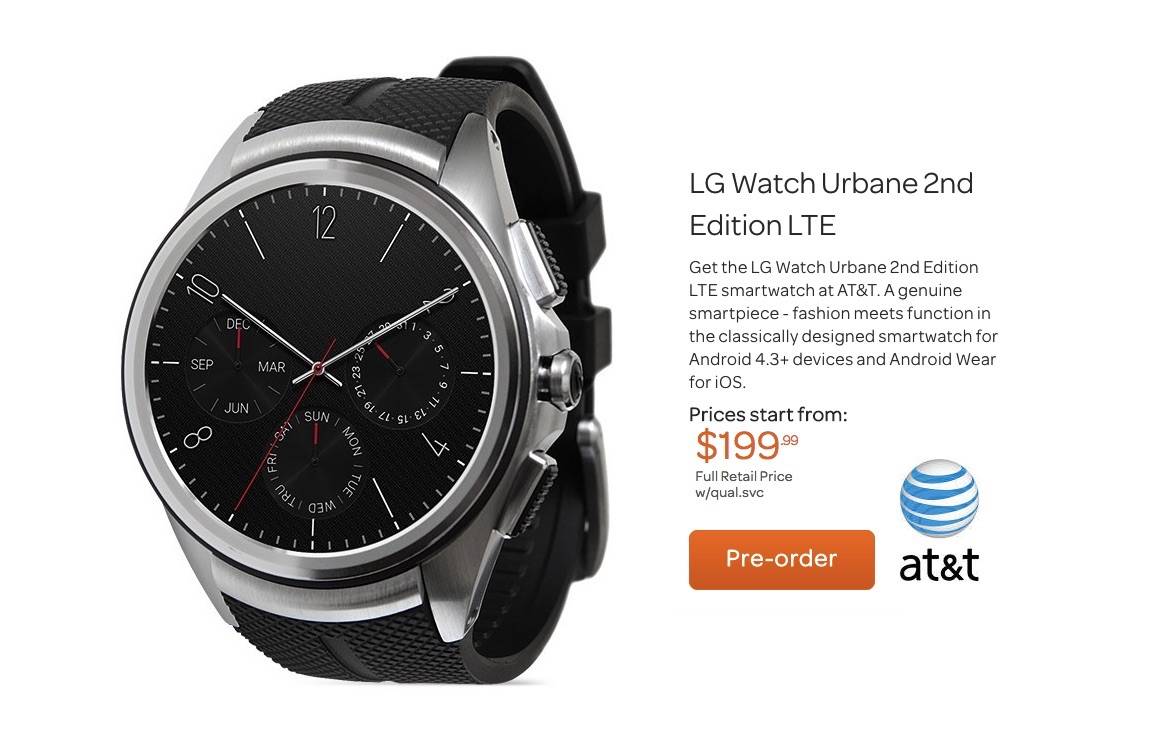 The first ever Android Wear device with 4G support, the LG Watch Urbane 2nd Edition LTE, first excited us last October and soon was up for pre-order on Verizon after a month. Sadly, the South Korean company had to stop rollout after a couple of weeks due to some quality issues and a faulty component. We had no idea if and when it would ever come back but we were told to expect it would be arriving anytime soon with the issues fixed and ready to take on the smartwatch game.

We’re assuming the quality issues will finally have LG shipping the LTE-capable Watch Urbane 2 to those who sent in their orders. Others who unluckily asked for a refund can buy this time or send pre-orders once again.

The AT&T version of the Watch Urbane will also include the new NumberSync feature. This means you can use your AT&T mobile number on your LG Watch Urbane to make calls or send text messages as promised before.