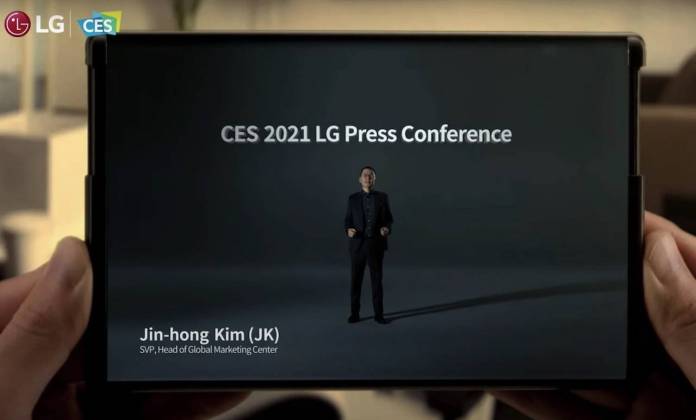 The world has been waiting for this: a rollable smartphone. Well, not really but we’ve always been curious about unconventional designs. The foldable phone market has begun but it has yet to become a standard. It may take a while because the flexible display technology isn’t perfect yet. So far, we’ve seen foldable phones from Samsung, Motorola, and Huawei. LG is officially entering the game but not with a new foldable phone. The other South Korean tech giant has introduced a rollable phone it this week’s CES.

The LG Rollable Phone is the first in the world. We have seen similar designs from OPPO and TCL but LG went ahead by unveiling the device at a virtual event. The phone comes in a different display form factor. It will be available this year. This means it won’t remain just a concept.

LG spokesman Ken Hong proudly said, “Our management wanted to show that it is a real product, as there were many rumors around the rollable phone. As it is released at CES 2021, I can tell that it will be launched this year.”

LG is said to have teamed up with BOE Technology Group to develop the rollable, expandable display. The latter will be based on the flexible organic light-emitting diode technology. The same group has previously supplied displays to Huawei and Apple. It will be an interesting partnership because this will prove further the ability of each company when it comes to the mobile business.

LG’s numbers aren’t exactly good but it’s not giving up yet. It’s actually brave to introduce a rollable phone. But then we’re not strangers to LG’s move. Last year, it has proudly released the LG Wing as its first Explorer Project device. At the end of a presentation, a new phone which we now believe is a rollable phone, has been teased. We’ll learn more about this LG Rollable Phone in the coming days, weeks, and months.