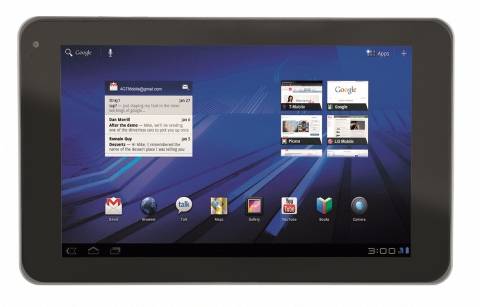 LG spilled the beans on the T-Mobile G-Slate earlier this month, and now its European counterpart is getting ready to make its own debut. A Korean press release has confirmed that LG intends to properly launch the LG Optimus Pad at MWC 2011 in a little over a week’s time.

It’s been a long journey, too, from the first talk of the Optimus Pad back in mid-2010. The slate is expected to be a European 3G version of the G-Tablet, with NVIDIA’s Tegra 2 processor and an 8.9-inch capacitive touchscreen display along with a 6,400 mAh battery; as you can see from LG’s press shot, it runs Android 3.0 Honeycomb.