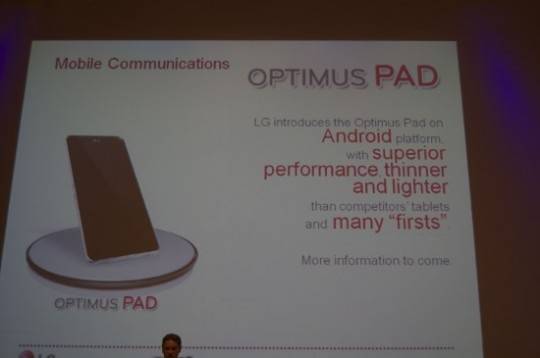 Tablets, Tablets, and more Android tablets. For all those that think Android tablets will not succeed, the companies are having a completely different train of thought. This time it is LG giving us some limited information on an upcoming tablet called the Optimus Pad. Yes, the name Optimus did make us think of Transformers also, which is kind of cool.

LG is being a little bit hush-hush on the specifications of the tablet, but as you can see in the pic, it says that it will has superior performance and be thinner and lighter than all the other competition (which at this point is looking there will be plenty of competition). So keep your eyes and ears peeled, IFA is getting ready to get cranked up and who knows what all we will see. 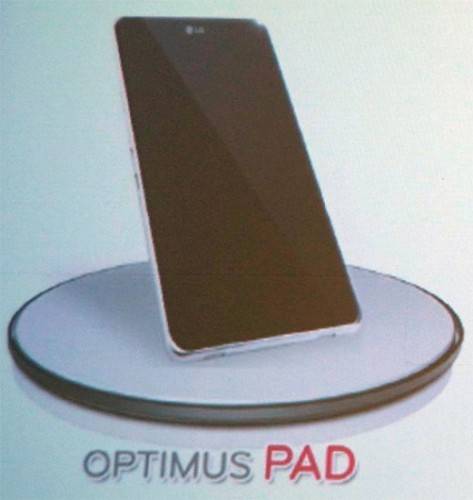