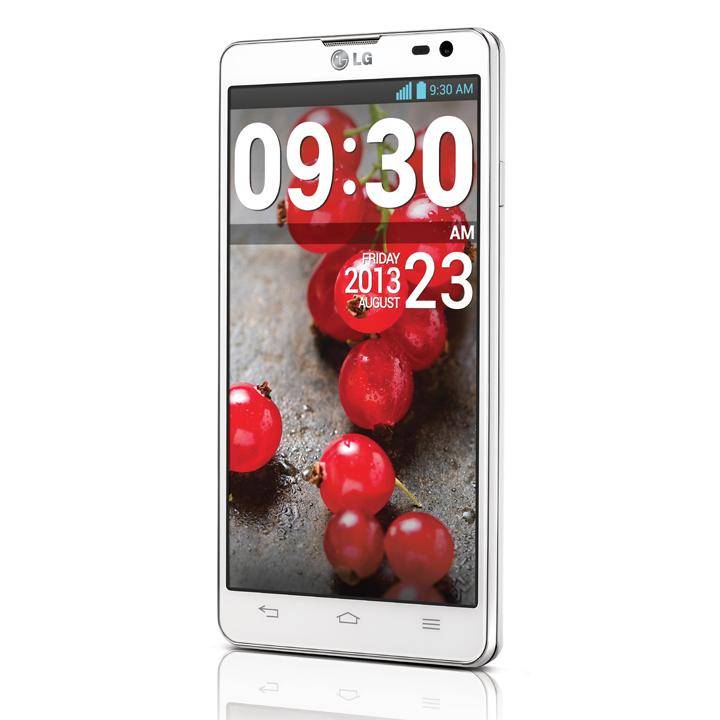 When LG first announced the second generation of its Optimus L series at the Mobile World Congress in February, it was one smartphone short, the L9, which was released around Halloween of 2012. Now the largest member of the group has resurfaced in the Netherlands where LG has announced the Optimus L9 II.

LG announced its Optimus L line after reporting the successful sales of the original L series. At MWC, the manufacturer showed the 4.3-inch L7 II, the 4.0-inch L5 II, and the 3.2-inch L3 II. Early this month, LG also announced the 3.0-inch Optimus L1 II. LG is now filling in the ranks with an upgrade of the Optimus L9. If you need to refresh your memory about the original L9, you can read our review of this budget smartphone here.

The L9 II is an upgrade in every way. The screen has been bumped up to a 4.7-inch display, this time with an HD resolution. Clock speeds have also been increased, with the L9 II now sporting a still unnamed 1.4 GHz dual-core CPU. However, it is still powered by a 2150 mAh battery just like the first L9, so we wonder how long the battery will last with the beefed up specs. The L9 II is also equipped with an Infrared transmitter for remote control functions and a mysterious “Turbo G” feature.

The Optimus L9 II is expected to go on sale in October with no news if and when it will be available in other markets. Pricing details are also unknown, but it shouldn’t be that high considering its budget smartphone identity.