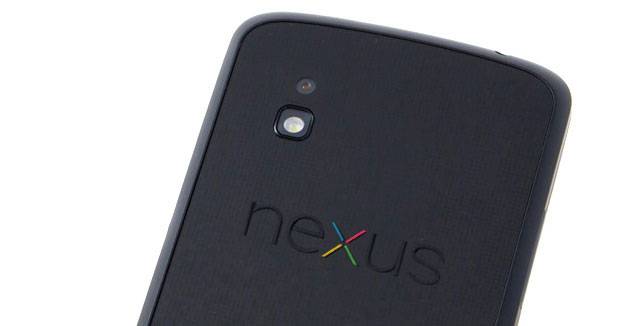 We all know the folks from Google have pretty big plans for their upcoming I/O developer event in May, but what exactly will we be seeing is still anyone’s guess. We’ve heard and reported countless rumors but today another has appeared that takes the cake. Apparently Google will be dropping a new LG Nexus 4 (not a 5) with 32GB of storage and full support for 4G LTE. It will run Android Key Lime Pie and be revealed at Google I/O.

Now we’re going to take this rumor with a pretty big grain of salt for now, but it actually sounds quite plausible. The reason being we aren’t so sure Google is already prepared to release another actual hardware device completely redesigned. The Nexus 4 came out in October, and the Galaxy Nexus before it had a similar time-frame and eventually hit Verizon in December of 2011.

We’ve reported rumors about an LG Nexus 5, dreamed about an HTC Nexus 5, and of course the Motorola X-Phone. Multiple reports claim that Motorola’s X-Phone has been delayed and will be a no-show at Google I/O, so this makes perfect sense to be honest.

Then there’s also the confirmation that Google’s current LG Nexus 4 and the Snapdragon S4 Pro quad-core processor under the hood already has dormant and disabled 4G LTE radios. It’s been hacked to work in Canada and a few select AT&T users. Maybe Google’s been working with the carriers to enable this in the next iteration of Android, and hopefully, just hopefully a CDMA version will also hit the streets. The rumor suggests a 32GB LG Nexus 4 will arrive for Verizon with 4G LTE, and of course be running the latest version of Android.

So could Google be preparing a 32GB 4G LTE Nexus 4 for Google I/O, then update the current devices to support AT&T and T-Mobile’s LTE networks? Sounds like a pretty good plan to us, even if we do want new hardware. What do you guys think?