Heads up LG fans, it looks like you’re going to be seeing the newly released LG G4 (and its wonderful camera module) in your neck of the woods soon as the Korean manufacturer is set to roll out its newest flagship to global markets this week. The LG G4, complete with that iconic luxury leather finish, is the latest among the Android flagships to launch – after the HTC One M9 and the Samsung Galaxy S6.

The global rollout, according to LG, will start with Hong Kong and then continue in Turkey, Russia and Singapore. Then, by June it should eventually include most of Europe, North America, Southeast Asia, Middle East/Africa and South/Central America. So any way you put it, you should be seeing the LG G4 somewhere near you either in May or early June. 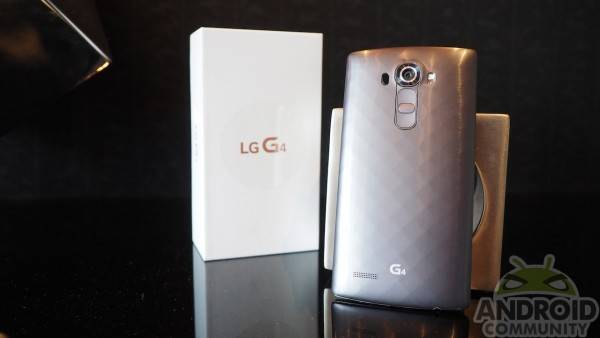 If you haven’t seen our up-close-and-personal look at the G4, you might as well check it out now. And also read up on how the LG G4 stacks up against the biggies, against the flagships we mentioned earlier. The LG G4 is rocking Qualcomm’s hexacore Snapdragon 808, 3GB of RAM, a 3,000mAh battery (but sadly not having Qualcomm’s Quick Charge protocol), Cat6 LTE, and that widely-hyped 16MP camera.

So are you excited yet? The LG G4‘s pricing should not be at all different from the LG G3 when it launched (around the USD$600 range), although nothing official has been announced. LG is also coming up with a Customer Trial Program, where you can try out the device and see if you want to buy it. Look for those in your own markets.