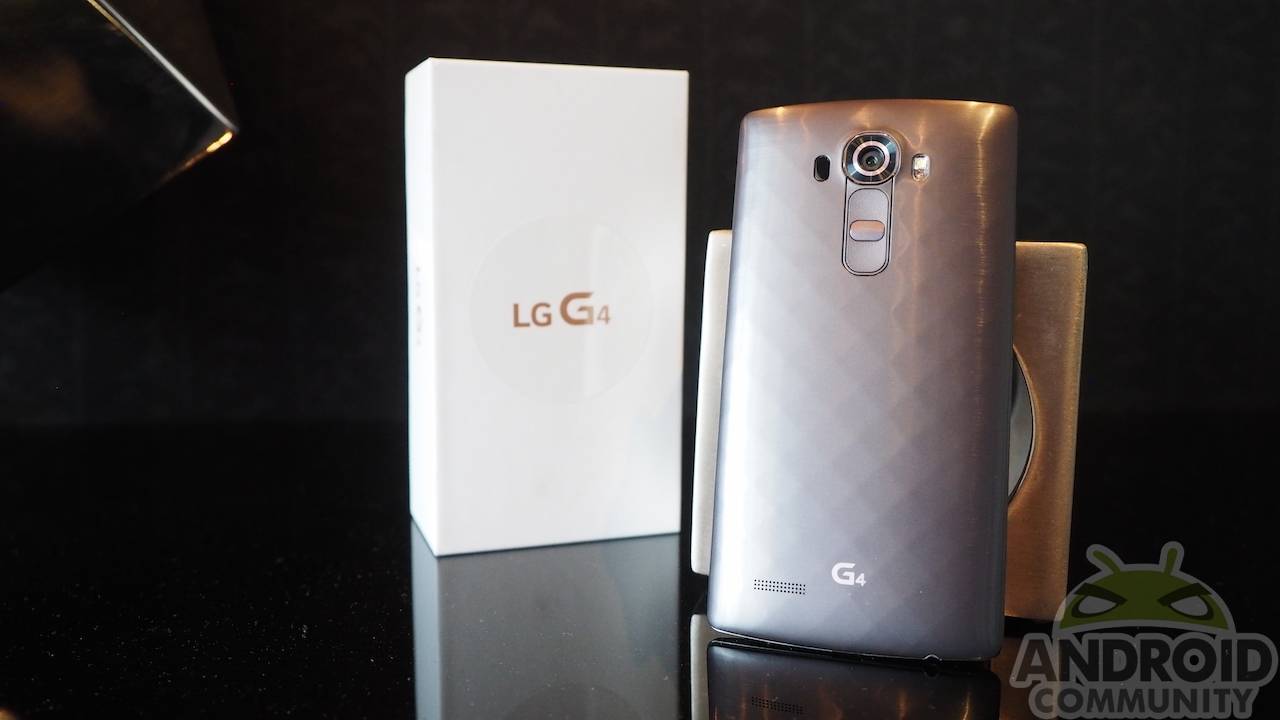 Sometimes, a product can be filled with so much features that it might be hard to explain what makes it good without making it sound too good to be true. Luckily for us, LG seems to have obsessed over just a handful of features in its G4 flagship to make our job just a bit easier. If there’s anything to take away from this smartphone in the sea of all the bullet points is the LG G4’s luxurious rear and its mission to replace your budget digital camera.

The luxury of leather

Leather. That is where the LG G4 gets its flair. It may be genuine leather, but it’s not like any leather that other luxury smartphones try to use. The G4 is a mass market device, so LG naturally had to find ways to make the leather-making process scale. Luxury smartphones only number in the hundreds. LG most likely wants to sell thousands, if not millions. LG claims it has been developing this leather process for three years, away from all the prying, leaking eyes of the media. Props to them for having kept the secret this long, if true. It uses a vegetable tanning process to make it the leather more resistant to wear and tear, a process that only 10 percent of the world’s leather goods use. Still, it takes 3 months to get from cow to cover, which means there might be some G4 supply issues eventually. Presuming the smartphone becomes that much a hit. For the stitching, it using a premium German thread called Gutermann’s Mara.

Some might call into question the sanity (not to mention the ethical implications) of using leather. LG believes that aside from a premium look, leather also afford better temperature handling, at least as far as the user’s hands go. It doesn’t get too hot when it’s hot or too cold when it’s cold. But in case you’re not a believer, LG still has alternatives, which is basically made of plastic. The “metallic craft” uses black or gold ceramic paint on plastic while “ceramic craft” employs white just like the LG G3.

The good news is that all these back covers are compatible with all units, regardless of which operator they came from.

A camera for the pros

Like HTC, LG is getting into the digital photography biz. But unlike the Taiwanese manufacturer, it isn’t breaking out into a different device. Instead, it saw it fit to try and put a camera inside the LG G4 that could make even professional photographers think twice about their equipment.

LG hasn’t been shy about the camera prowess of the LG G4, which has been teasing for a few weeks now. We already know the raw specs of the camera: an f/1.8 lens that is 0.1 larger than Samsung’s and a 1/2.6-inch 16 megapixel sensor that is 40 percent bigger than the LG G3. Add to this what LG calls the most advanced OIS in the smartphone market, manual controls over shutter speed, ISO, exposure, and white balance, and you’ve got the makings of a DSLR right inside your smartphone. And that is exactly what LG is aiming for.

The OEM took into account feedback from professional photographers when it came to designing the UI for their new camera app, giving complete control to the user to tweak the settings to their hearts’ content. But they don’t have to do so in some cases, like color calibration. LG boasts of the G4’s Color Spectrum Sensor, located beneath the flash, which scans visible and invisible light at the same time to automatically set the right color.

And let’s not forget the 8 megapixel front camera the highest but still sanest you can find in a smartphone. Paired with the gesture shot of closing your fist twice for four successive photos, you have the perfect selfie machine here as well.

A display quality of quantum proportions

Of course, those aren’t the only things LG is singing about the G4. The display is equally important to it. While the 5.5-inch Quad HD display isn’t that different from the LG G3, LG wants everyone to know it is substantially different. It is what LG calls a “Quantum Display” and borrows some heavy quantum physics to explain what’s so special about it.

According to Newtonian physics, it is impossible to change one color into another. Quantum physics supposedly refutes this and LG tends to agree. A color can be changed if passed through a chemical process, which LG employs to turn blue light passing through red and green phosphor elements into your conventional Red, Green, and Blue components. In a nutshell, this supposedly produces very pure colors of those three.

LG also takes pains to note that its display follows a different an industry standard from the Digital Cinema Initiative used by major production studios. What it is saying is that it isn’t making these things up. The G4’s display gets a 98 percent DCI ratio, which measures colors as the eyes see them. In comparison, the Galaxy S6 is said to oversaturated colors, resulting in a 110 percent ratio. Other properties of the G4’s display panel is a 500 nit brightness for outdoor visibility, 1500:1 contrast and a power consumption 11 percent lower than its rivals.

A loot bag of features

If you thought that was all what the LG G4 had to offer, better think again. Here’s a laundry list of some of the things LG wants you to know about its latest flagship:

• It is only slightly curved, about 20 percent more than the G3, which improves not only grip but also durability, especially when dropped faced down from a height of 1 meter.
• It is powered by a Snapdragon 808, which is going to be fine tuned by Qualcomm itself for the next two years. It claims to be just as fast as the Exynos 7420 on the Galaxy S6, but it’s curious that LG opted out of using the controversial Snapdragon 810, claiming the SD808 was more optimized for them. Chicken or egg question?
• The 3,000 mAh battery promises 19.6 hours of talk time, 93.8 hours of music, 13.6 hours of videos, and 10.7 hours of Wi-Fi usage. Sadly, it doesn’t feature Qualcomm’s Quick Charge technology.
• It has a microSD card slot to augment the 32 GB storage inside.
• LG tries not to push its own software in cases where Google already has something similar. Chrome is the default web browser and there is no “LG Pay” in lieu of Google Wallet/Android Pay. Google Drive is integrated into the Gallery, Music, and File Manager apps. New owners get 100 GB of Drive storage for 2 years.
• LG has a screen replacement warranty but is limited to Korea only, as it doesn’t want to run afoul of US insurance companies.

The LG G4 goes on sale in Korea starting April 29, while those in the US will have to wait until late May or early June to get theirs. No definite price tag yet, but LG claims it shouldn’t be that different from the LG G3, despite the leather. 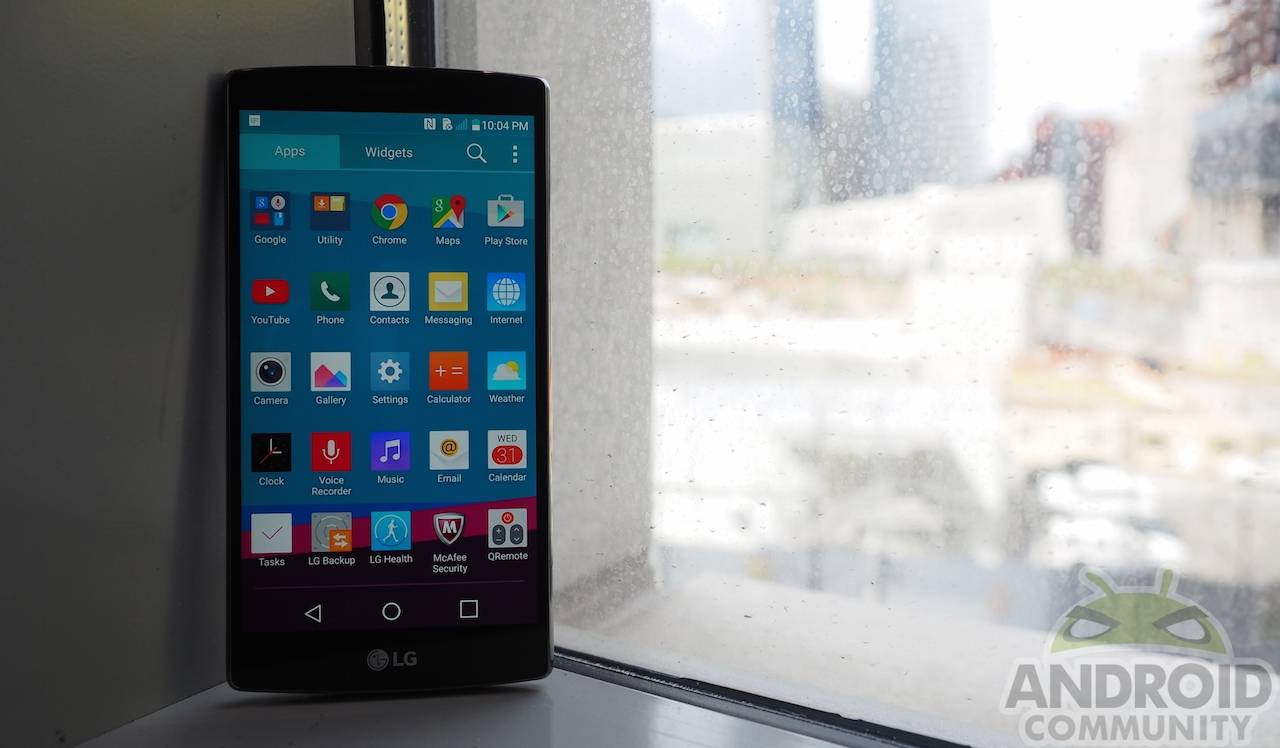