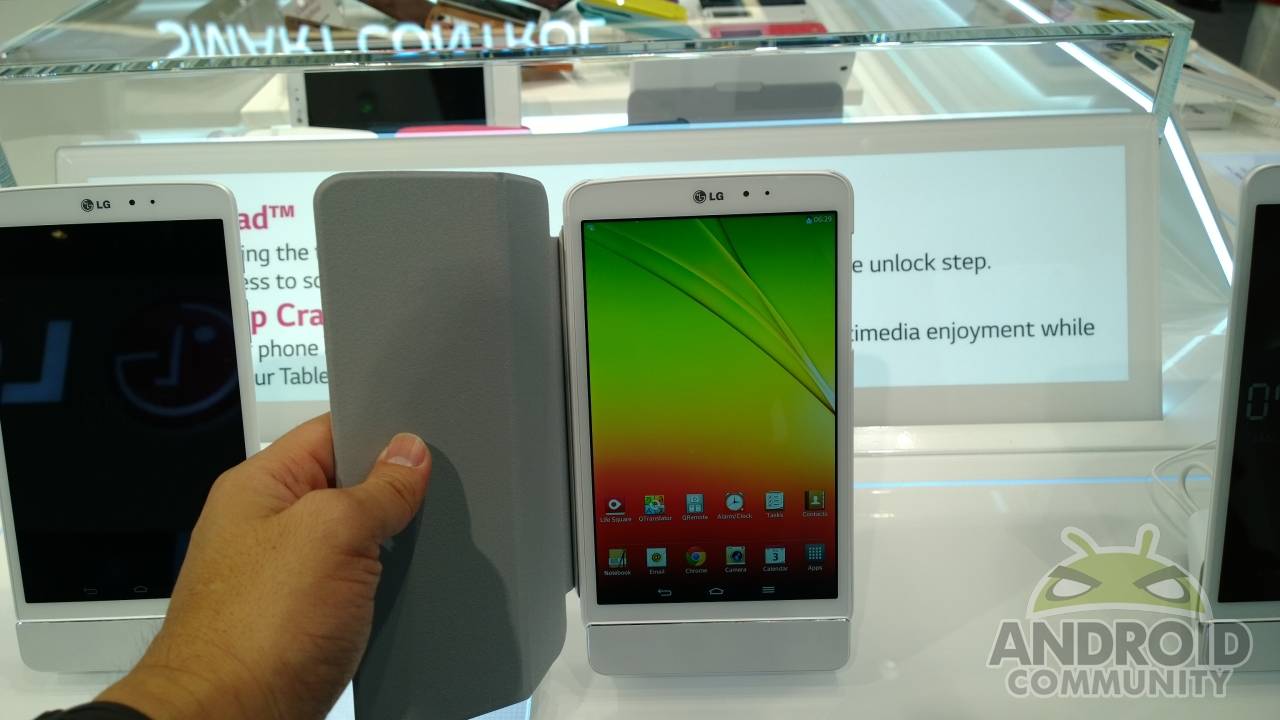 LG had the G Pad 8.3 tablet rollout beginning for those in Korea on October 14. At that time they said the global rollout would follow soon after and it looks like the next phase of the rollout has been revealed. The tablet will be available for those in the UK and Ireland “in the run-up to Christmas.”

The UK availability will be an exclusive offering between LG and IT distributor Micro P. The tablet is priced at £259.99. Shifting over to Ireland and we find another exclusive deal. In this case the G Pad 8.3 will be available through Harvey Norman. The Irish market exclusivity will run through the end of October and the tablet will be available online and in retail stores.

Otherwise, LG still has more in the works for the global rollout. While they have yet to offer much in the way of specifics, it was said the G Pad 8.3 will arrive in “over 30 other key markets by the end of 2013.” The tablet has an 8.3-inch display with a resolution of 1920 x 1200 and a ppi of 273. The processor is a quad-core Snapdragon 600 and that is paired with 2GB of RAM.

Additional specs include Android 4.2.2 Jelly Bean along with 16GB of internal storage, a 4600 mAh battery, 1.3 megapixel front-facing camera and 5 megapixel rear-facing camera. LG has the G Pad 8.3 available in white and black.

Looking back, LG originally announced the G Pad in September during IFA and those curious may want to check out our initial hands-on.