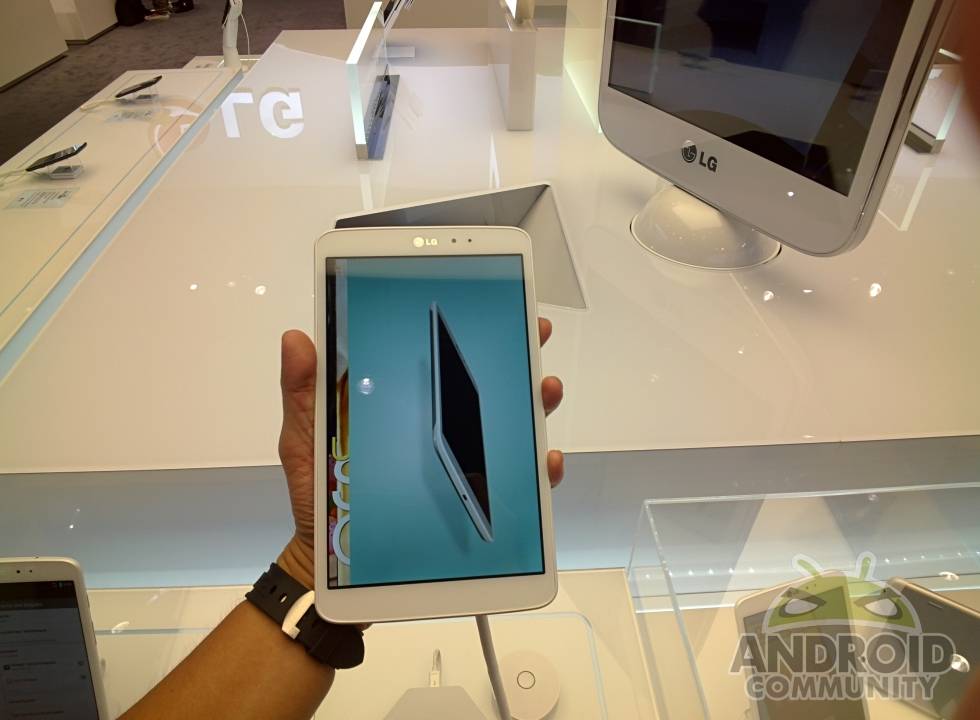 LG is making another attempt at the tablet segment, bringing its new G Pad 8.3 to IFA 2013 to try to build on the buoyant reception to the LG G2. We grabbed some hands-on time with the 8.3-inch tablet to find out whether LG’s promise of “better than HD” resolution and features cribbed from the G2 make sense.

In the hand, it’s not hard to see the relationship with the G2, from the shape at least. However, while the G2 is plastic-bodied, and though the G Pad lacks the useful rear-mounted buttons that the phone gets, we still much prefer the tablet’s brushed aluminum finish. It feels akin to the quality you get with an iPad mini, in fact, and significantly better than, say, the Nexus 7.

The crowning glory is the display, an 8.3-inch TFT IPS panel running at 1920 x 1200 resolution, just like the Google Nexus 7 (2013). It may have lower pixel density than the ASUS-made Nexus slate, which is 7.03-inches, but it still looks great with text lacking any of the jagged edges on lower-resolution tablets, colors bright but at the same time accurate, and viewing angles broad.

Inside, the processor is a step down from the G2, though the 1.7GHz quadcore Qualcomm Snapdragon 600 (versus the Snapdragon 800 in the G2) still keeps Android 4.2.2 moving smoothly. LG has made a few tweaks to the software set, such as the KnockON system to wake the phone when you double-tap the screen, Slide Aside to three-finger swipe between apps, and QSlide to scale up the multitasking experience to a total of three different apps on-screen at once. 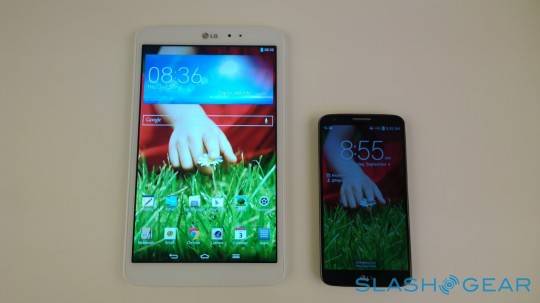 LG tells us that the 4,600 mAh battery should be good for around 300 hours of “mixed use,” or alternatively 7-8 hours of solid video playback. The extra-large power pack does push the weight up a little, to 338g, but at 216.8 x 126.5 x 8.3 mm it’s still portable, and you don’t particularly notice the difference above the Nexus 7. 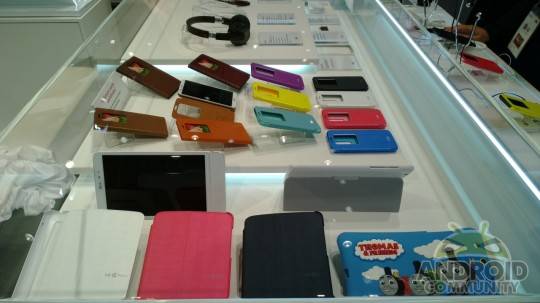 In short, whereas LG tried gimmicks before – glasses-free 3D, anybody? – and struggled to sell its slates, the company has taken a more direct approach and slotted in a model in the highly usable mid-size segment. We’ll have to put it through its paces in a full review to see how the promise holds up, but for now we’re impressed.