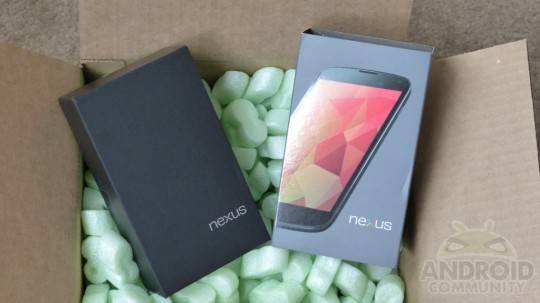 LG will not be making the “Nexus 5” for Google, one company executive has claimed, with the South Korean firm supposedly looking to in fact reduce its dependency on Android moving forward. LG’s roadmap does not include the next-gen Nexus, VP of LG Eurpe Won Kim told All About Phones, describing the collaboration as a win for marketing but arguing that “we do not need such a marketing success again.”

The denial contradicts reports out of South Korea earlier this month that Google and LG had already agreed on a deal to produce the unofficially-dubbed Nexus 5 together. No specifications or release schedules for the handset were leaked at the time; it’s not clear whether Google or LG decided to opt out of the Nexus 5 plans, if it was a mutual decision, or indeed even whether there will be another Google-branded Nexus.

In fact, LG won’t even consider releasing a pure-Android version of its own-brand phones. “We have no plans to provide our devices like Samsung,” Kim said, referring to the non-TouchWiz version of the Galaxy S 4 that Google revealed at I/O earlier this month.

“This has no added value for us,” Kim argued. Samsung’s phone will be sold alongside the Nexus 4 in Google’s Play store, at $649 unlocked and SIM-free.

However, chatter of an LG tablet running Android earlier this year is, apparently, grounded in fact. The slate is on the roadmap, Nu.nl reports, though details are not available yet.

Meanwhile, LG will also look to reducing its dependence on Android, looking to add another OS to its portfolio so as to avoid “the duopoly of Google and Apple” as Kim puts it. That could be Firefox OS or Tizen, or at least some other third-party platform, he hints, pointing out that LG does not have its own in-house smartphone OS.

Update: “”What Mr. Won Kim said is that we are not currently working on a Nexus 5, which is true” an LG spokesperson tells TNW. However “that doesn’t mean we would turn down the opportunity” they continue.