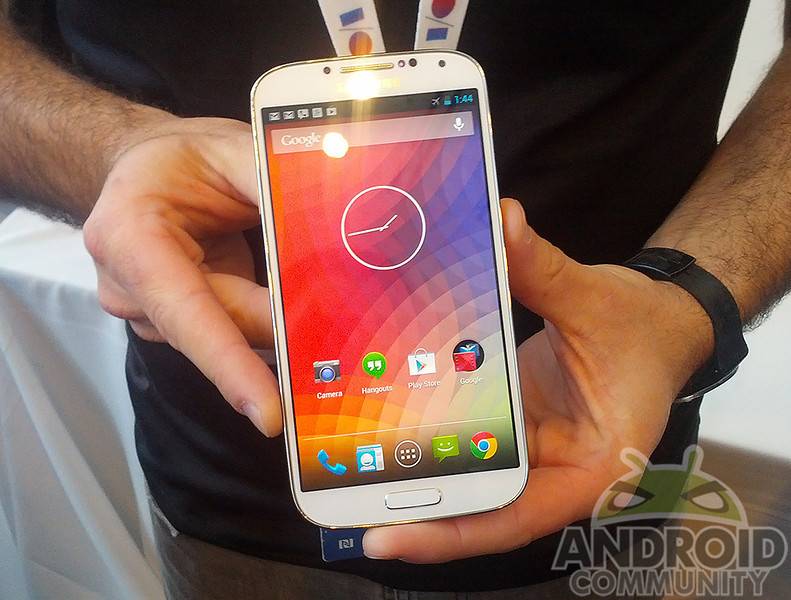 For those wanting the top of the line GALAXY S 4 without Samsung’s software tweaks, Google and Samsung have delivered. Now that the big first day at Google I/O has ended, many are wondering what new hardware will be available. And Samsung’s GALAXY S 4 Nexus Edition is it. With Google’s Nexus devices not supporting 4G LTE, and even the latest only being 720p, this is how we’ll get the best of both worlds.

Many thought it was just a crazy wild rumor, us included, but yesterday Google shocked everyone and announced it. The ‘Google Edition’ or Nexus version of the flagship Galaxy S 4. This brings the absolute latest and greatest Android device into the realm of a Nexus. Nexus devices are always excellent, but never top of the line cutting edge devices. Take the GALAXY S 4 with every top-tier check marked, and put stock Android 4.2.2 Jelly Bean on it.

We caught up with Android’s VP Hugo Barra here at IO in the Moscone Center, and he was nice enough to not only sit and talk with us, but let us snap a few photos of the smartphone too. Rocking a white Nexus version of the GALAXY S 4, he said it was amazing, battery life rocks, and it’s very snappy. And yes, it looked like stock Android 4.2.2 Jelly Bean, although he did hide multiple things before letting our camera near it. Being the VP of Android and all he put all the icons where they should be to make it look like a stock Nexus device. 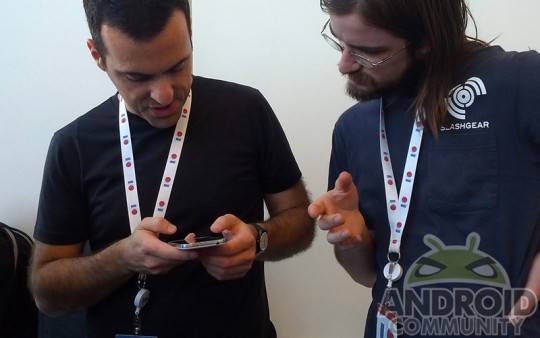 While talking with Hugo we learned that it wasn’t exactly a finished product, and we could expect to learn more details and information soon. Hugo went as far as to say the plan had only just came together, and it wasn’t a final product. This actually makes perfect sense to us, otherwise they probably would have handed them out to all I/O developers in attendance. Sadface!

Flipping through the home-screens and rearranging icons the smartphone certainly looked snappy, which is expected given the quad-core processor and stock Android 4.2 Jelly Bean. In case you missed it this best of both worlds smartphone will be available from the Play Store in late June for $649. Full details can be found below.

Will you be forking out the cash for the GALAXY S 4 Nexus edition? I just might.