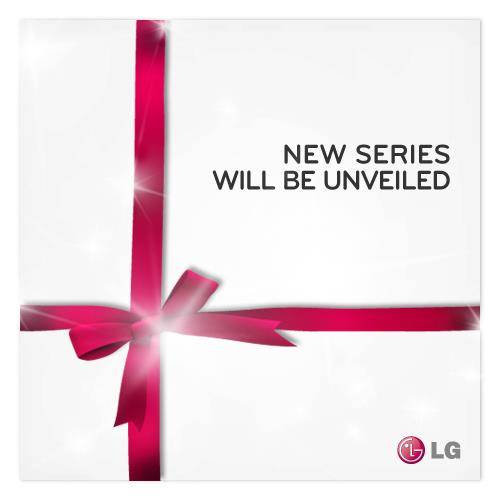 LG Mobile has recently taken to Facebook with a teaser. The details are at a minimum, however LG has said that a “new series will be unveiled.” Given the timing, one could take this to mean the new series is going to be unveiled during Mobile World Congress. Of course, depending on the level of splash that LG wants to make — they could always choose to do this at a private event.

Aside from the image (seen above), LG has said that this surprise will arrive with an “unexpected distinction.” This teaser aside, we haven’t been hearing all that much about (or from) the company recently. There were some Optimus G Pro leaks which lead to an outing by Japanese carrier NTT DoCoMo. We also saw the LG Optimus L7 II Dual a short while back.

The key here though, neither of those seem to fit in the category of being a “new series” with an “unexpected distinction.” We are a bit curious to see what LG has in store for everyone. And if nothing else, LG does have some leverage to build upon at the moment considering the success they have seen with the Nexus 4.

The one thing that we hope is this unexpected distinction proves to be something more than a catchy gimmick. Not that we think LG will bring another 3D handset, but that is the sort of feature that one could describe as being gimmicky. Naturally, we saw this teaser from LG Mobile and assumed something Android, however there is always the possibility they are making a move to another platform — say something with Windows Phone. So how about it, what would LG have to unveil to live up to the “unexpected distinction” comment?